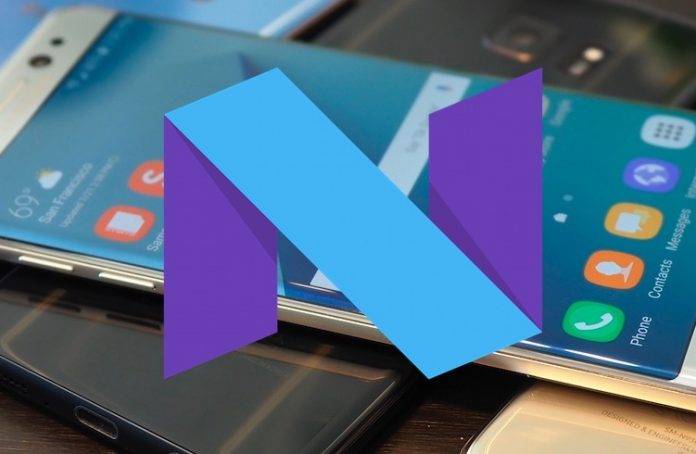 Aside from the Galaxy Note 7 being the latest premium flagship from Samsung, the phablet is also anticipated as it is one of the first devices to run the new Android 7.0 Nougat. It’s one of the few to be available commercially—that is, as soon as the Nougat update is ready. Samsung and the Android team have been working hard together to bring the chunky dessert to the Note 7 and fans won’t be disappointed.

Not that we’re not familiar with the Nougat but we’re excited to know that the version will finally be widely available. However, it may take a while before it will be ready. It’s August and Lollipop is still king. Marshmallow is steadily increasing though with about 15% of all Android devices. We don’t know how fast Android Nougat will gain traction but like Android 6.0, it may take a while because update may roll out in two to three months according to Samsung.

That’s such a bummer but it’s not entirely Samsung’s fault. There is still the need to do enough beta testing before official release. We’re talking about the Galaxy Note 7 here which is a relatively new model that was recently announced. Samsung only wants the OS to be more than ready for the demands of the consumers so it might be out in the 4th quarter. Still, don’t be too excited because that’s only for South Korea. Other regions may again take a while but we’re hoping for the best or even just before the year ends.

We’re hopeful that things will change this year but you know how it is with mobile carriers. They make the testing process more complicated so even if Samsung and Google are ready, it will still take a while for a device to get the new update. Delays seem to be normal now when we’re taking about OTA releases but let’s just wait and see.