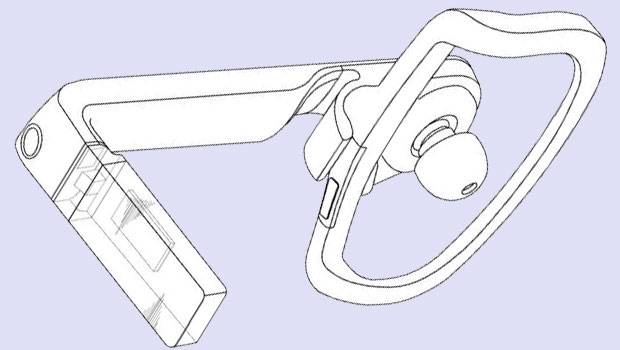 Come IFA in Fall, Samsung will have two interesting, if not somewhat unconventional, devices in store for the audience. During the annual event, the manufacturer is expected to unveil not only its own Google Glass competitor but also a curved version of the Galaxy Note 4.

Samsung has long been rumored to be preparing a smart spectacle and recent patent filings have hinted as much. It won’t be surprising either. Samsung has already tried to beat Google at the smartwatch market by coming out first with the Galaxy Gear and then the Gear 2 and Gear Fit, even before the Android maker itself was ready to show Android Wear to the world. And while Google still hasn’t brought Google Glass to market, Samsung still has a window of opportunity to put its product out there first and make it more familiar to consumers before Google can. The question, of course, is whether Samsung will be able to match the polish that Google is putting on Glass, both in hardware and most importantly in software. Judging by the “Gear Glass” moniker, we can expect this wearable to run at least on Tizen, a mobile platform that has yet to prove itself in the real world.

Samsung’s other product will be no less sensational. According to a source, the company will be outing a curved Galaxy Note 4. Given the rather unsuccessful foray into the curved device category exemplified by the Galaxy Round, it is quite puzzling to hear Samsung taking such a path with its next premiere S-Pen phablet. The good news is that it will supposedly be something like an exclusive edition alongside a normal flat Galaxy Note 4 meant for the masses. Depending on how Samsung ends up curving this smartphone, it could very well flop even harder than the Galaxy Round. The Note series of devices is popular for their stylus, and it will be hard to imagine anyone writing or doodling comfortably on an uneven surface.

Of course, neither description nor date for either device should be given complete and infallible trust, as this information comes only via a leak. To be exact, it comes from Korean media who is citing an executive of a company that is a Samsung partner, whose exact nature of partnership nor its relationship to Samsung’s smartphone business is a complete mystery. That said, should the two devices indeed arrive on the stage together, we can expect that the Gear Glass will enjoy an initial period of exclusivity with the Galaxy Note 4, just like the other Gear wearables before it.