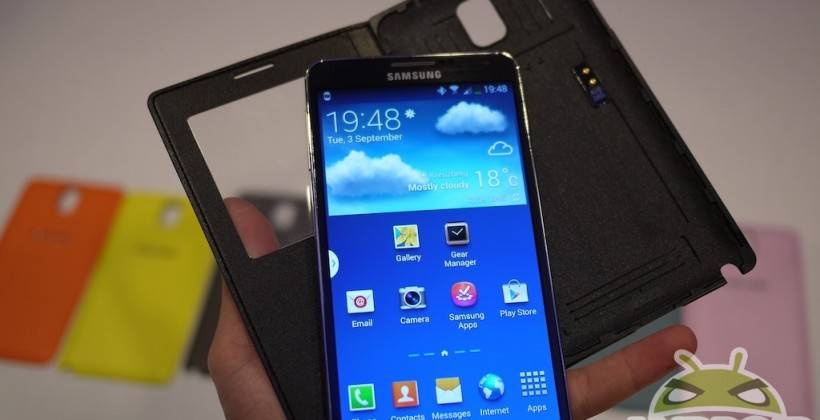 Almost a month ago, we reported about the leak that the upcoming Samsung Galaxy Note 4 would be sporting a kick-ass 2560×1440 pixel display on a 5.7-inch QHD screen. If news of a recent testing unit sent to India is to believed, then it confirms the initial leak, even as the official launch is still a few months away.

A Samsung SM-N910A is believed to be the model number for the Galaxy Note 4, based on the Galaxy Note 3’s SM-N900 number previously. Several reports said that the SM-N910A was shipped to India for product testing and evaluation. The A supposedly means that the particular phones are for service provider AT&T. The entry in the product manifest also indicates that it has a 5.7 inch touchscreen therefore confirming the leaks last month regarding the resolution and size of Samsung’s newest phablet.

But more than that, on Samsung’s own website, there is already a user agent profile for the SM-N910A, although it doesn’t state yet that it is actually the Galaxy Note 4. The profile states it has the same 5.7 inch touchscreen as the Galaxy Note 3, but at a crazy high QHD display.

Aside from the size and resolution of the screen, not much has been confirmed about the new S-pen phablet. But leaks have said it may possibly have two versions: one will have a curved OLED screen, while the other will have the standard flat screen display. The Galaxy Note 4 is set to be launched by September of this year.