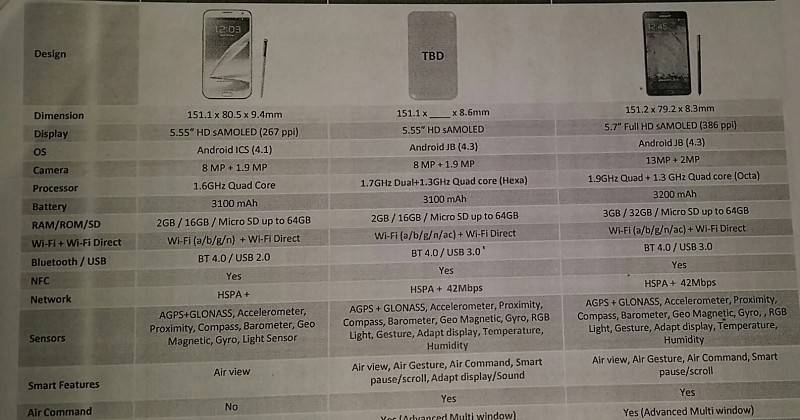 We’re now getting a glimpse of what is called the Samsung Galaxy Note 3 Neo, what is probably the rumored Galaxy Note 3 Lite. What is interesting in this most recent leak is that this smartphone actually more closely resembles the older Galaxy Note II.

But before going into details, we have to note (no pun intended) one very peculiar aspect of this Galaxy Note 3 Neo. If one looks closely at the spec sheet, it would be observed that the smartphone runs on a strange and unconventional CPU, a hexa-core processor that combines a two 1.7 GHz cores and four 1.3 GHz cores. It will take an actual test run to see if this beats out the 1.6 GHz quad-core on the Galaxy Note II. It is still surprising to see that Samsung would have a strange configuration such as this.

In almost all other aspects, the Galaxy Note 3 Neo resembles the the Galaxy Note II, down to the 5.55-inch 720p display. That’s HD and not the Full HD of its slightly larger namesake. Even the 3100 mAh battery, the 2 GB of RAM and the 16 GB of internal storage are basically the same. 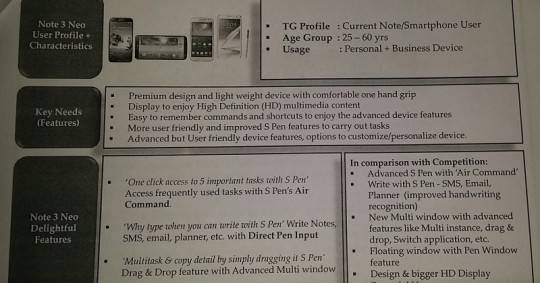 Fortunately, Samsung also includes a convenient little chart that describes how the Galaxy Note 3 Neo is different, and here we see why it’s being called a Galaxy Note 3 instead of a Galaxy Note II. Most of the similarities with Samsung’s current S Pen flagship focus on the software features, such as Air Command, multi-instance Multi Window, and My Magazine. It is noted that it also has the same faux leather back cover that is now trending on Samsung’s latest premium devices. Still no word on when this not so little smartphone will show up and it has so far been absent at CES 2014. 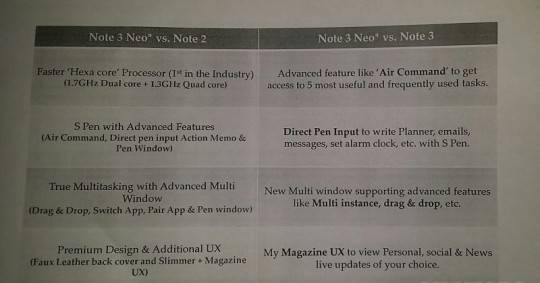