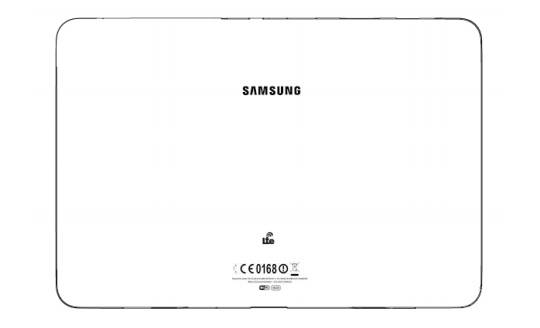 Samsung released the Galaxy Note 10.1 LTE for those in South Korea last month, and while we have had expectations of it arriving with Verizon Wireless, this recently discovered FCC filing suggests that release is drawing closer. Of course, as we all realize — nothing is official until we hear it from Samsung or Verizon.

That being said, what we do have is a curious FCC filing for the Galaxy Note 10.1 LTE. The tablet was spotted as model number SHV-E230S and with support for Bluetooth and dual-band Wi-Fi as well as WCDMA bands II and V and GSM band 850 and 1900.

As for that curious part, the filing, despite showing this model as having LTE (complete with logo), does not mention any approval for the LTE bands. Simply put, while an FCC filing generally suggests that a release is getting closer — this time around it looks like that may be true, but not before another visit with the FCC.

The only other tidbit revealed was that the tablet had 16GB of internal storage. All said and done, it looks like we can now sit back and wait for that next FCC filing. But in the meantime, there is this filing which comes complete with the confidentiality request letter, the FCC ID label statement letter, the label location and the 41 page test report. You know, just in case you were really bored and needed some reading material.