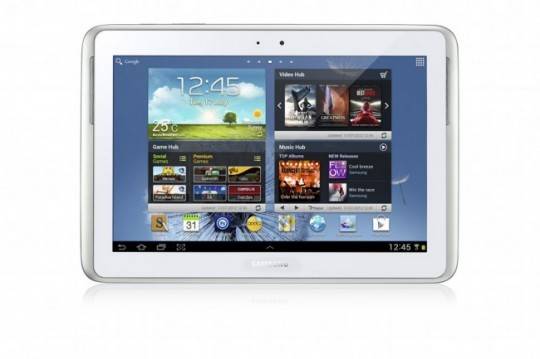 While nothing is official until we hear something from Verizon Wireless, a recently discovered document from the Wi-Fi Alliance website suggests the carrier is planning to launch the Galaxy Note 10.1 tablet. No hints yet as to when an announcement may arrive, however assuming we see this launch, the Galaxy Note 10.1 will join the Verizon tablet lineup alongside a few others from Samsung as well as a pair from Motorola.

As far as the Wi-Fi Alliance document, it shows a Galaxy Note 10.1 with a model number of SCH-i925 and was discovered by the Japanese site Blog of Mobile. More to the point here in terms of connectivity, the document shows support for LTE/CDMA2000/W-CDMA/GSM connectivity along with dual-band Wi-Fi 802.11 a/b/g/n.

Verizon, of course, also has the Galaxy Note 2. Phablet aside though, as far as the Galaxy Note 10.1 pricing goes, we can look towards the other Galaxy branded tablets for some hints. Taking the Galaxy Tab 2 10.1 as an example, this model sells for $499.99 on a month-to-month agreement. Those interested in a Galaxy Note tablet but in a model without cellular connectivity, the Note 10.1 can be found with various retailers and is priced from $499.99 for the 16GB model.

Speculation on the price aside, the Galaxy Note 10.1 tablet has a 10.1-inch (1280 x 800) display, quad-core 1.4GHz Exynos processor, 2GB of RAM, a microSD card slot, 7,000 mAh battery, 1.9 megapixel front facing camera, a 5 megapixel rear facing camera and the S Pen. The one catch, or in this case hope — that if Verizon does indeed launch the Galaxy Note 10.1 — they do so with the tablet already running Jelly Bean.