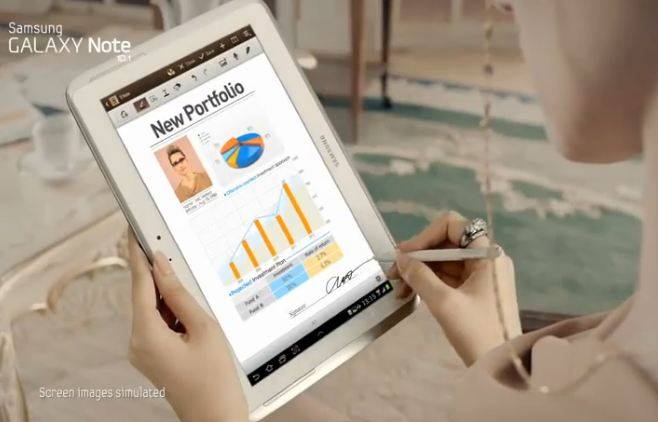 Ready for some more Galaxy Note 10.1 media? Samsung has released a new 30 second spot for the incoming tablet, and it’s aimed squarely at business professionals, with the company obviously hoping to grab a larger percentage of that market thanks to the Galaxy Note 10.1’s included stylus. Indeed, the stylus is essentially the main focus of this advertisement, with our clean-cut business hero using it to collect signatures, draw graphs, and give his boss an impromptu presentation on all that he’s accomplished in the last 30 seconds.

We still don’t have a solid release date for the Galaxy Note 10.1, but it should be arriving any day now. Samsung reportedly delayed its release in order upgrade to Ice Cream Sandwich and a quad-core processor, but that has yet to be confirmed by the company itself. With these new advertisements hitting the Internet, however, it makes us feel like the tablet’s launch has to be just around the corner. Check out Samsung’s new Galaxy Note 10.1 advertisement below.