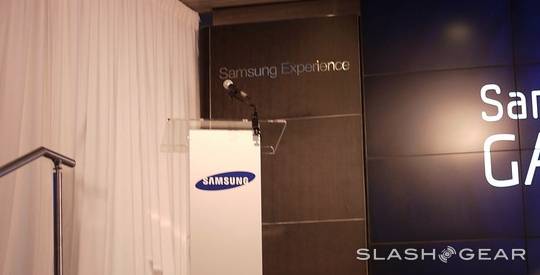 Samsung has informed everyone that it’s planning to make a major Galaxy-related announcement on August 15. Naturally, we don’t know what this announcement is – that would take all the fun out of it – but our friends at SlashGear are guessing that it has something to do with the Galaxy Tab or the Galaxy Note. Since Samsung just released the Galaxy S III in May, we’re tempted to agree.

Of course, Samsung’s announcement could be smartphone-related, but with the Galaxy S III currently selling like mad, we’re thinking that Samsung would like to give it at least a little more time to soak up the spotlight. With that in mind, it seems pretty likely that Samsung will announce the next Galaxy Tab or Galaxy Note when it takes the stage next month.

Even though we think we have an idea of what Samsung is plotting, don’t forget about the possibility of Samsung announcing something entirely brand new and surprising us all. After all, if Samsung were planning to reveal a new device with Galaxy branding, it makes sense that the company would want to tease the announcement before hand. At the end of the day, however, all of this speculation is simply that, and we won’t know what Samsung has planned until August 15. It sure is exciting though, so keep an ear to Android Community for more information!