So, we all know the new Samsung Nexus is coming, I’m calling it the Galaxy Nexus but you can call it whatever you’d like. To start I’ll mention that we will be live at Samsung Unpacked for the event next week that everyone expects Google and Samsung to unveil this, so stay tuned as we’ll have all the accurate details right from the source as soon as humanly possible — with tons of pictures. Some specs were leaked this morning stating a 5 MP camera and a few other things but now we are seeing plenty of rumors and conflicting stories and just wanted to update and share what we’ve seen.

First reports earlier today suggested most of the things we already knew, but also mentioned only a 1.2 GHz dual-core rather than 1.5 GHz and that it will be made by Texas Instruments and not Samsung themselves like their Galaxy S II. The biggest thing many weren’t happy about is reports also claimed a 5 MP camera and not 8 MP like we’ve seen as of late, plus a 1.3 front camera rather than 2MP like the SGSII we all thought it would have, that along with a smaller 1750 mAh battery.

That makes it have a few features lower than the already released Galaxy S II and many have been chattering over this all morning. Now we have conflicting reports from GSMArena stating just the opposite. Claiming to have a 1.5 GHz dual-core Samsung Exynos processor with beefed up graphics, a 2050 mAh battery, 8MP 1080p amazing camera on the rear with an exceptional sensor, 2 megapixel front and more. The most interesting part is not only will it feature LTE, but Samsung also has a dual-mode GSM/CDMA radio version like the iPhone 4S and will be available eventually for multiple carriers. This makes more sense as most of Samsung’s recent smartphones have seen wide carrier adoption. After hearing all of that this is what comes to mind:

Where can I BUY NOW! 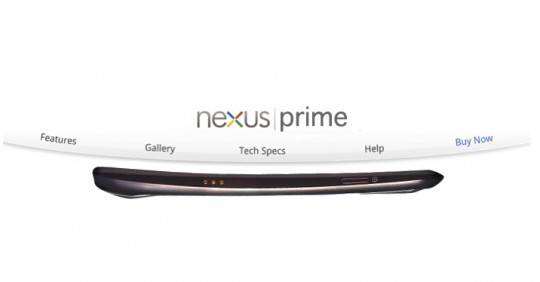 Last but not least, we are now hearing a few more rumors over on Droid-Life confirming the earlier reports of a 5MP camera but that it will have an amazing sensor for imaging and we shouldn’t read into the megapixel number (something I’ve never done). The Bionic is 8MP and is terrible, my Nexus One takes better pictures — just something to think about with smartphone camera ratings. Those same rumors also suggest, like the Nexus One, the new ICS touting Galaxy Nexus will have a single multi-color LED notification light smack dab in the middle of the bottom chin of the device where capacitive buttons used to be, only not a ball like the Nexus One. I personally love that rumor and would be very happy to see that come true. Customizable notification LED’s was a great feature on the G1 and Nexus One and I really wish all phones had them.

Enough of all that. These are all just rumors for now and I urge you to take them with a grain of salt. Yes, some might be trusted sources or somewhat accurate, but plenty of these details very well could just be educated guesses with the various hardware available now, and what we’ve seen leak thus far. Once again, stay right here at Android Community as we will be at CTIA and Samsung Unpacked LIVE to capture all the details with our cameras and will share all the details once they are officially official.

For an added bonus here a gallery featuring a few looks of the next Nexus we’ve mixed up for fun.