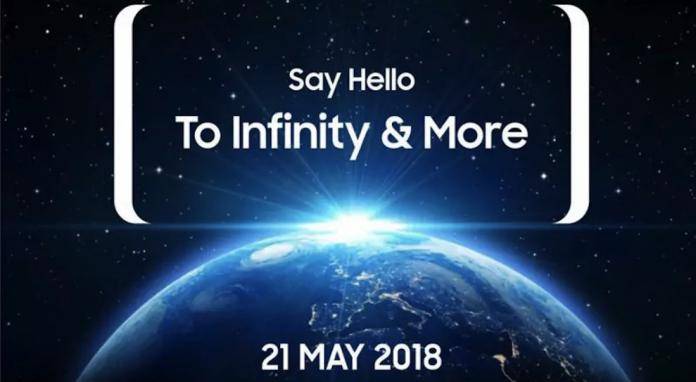 The Samsung Galaxy J4 and Galaxy J6 have been rumored to arrive with Infinity Display. That bit is something we’re not sure of at first because such displays are only found in premium flagship phones. But then the South Korean tech giant decided to introduce the same to the Galaxy A line, starting with the Galaxy A6 and A6+ and the Galaxy A8 and A8+ 2018 models. More phones with Infinity Displays will be revealed soon in India as Samsung has just released invites for a tech event happening on the 21st of May.

The ‘Say Hello to Infinity and More’ reference has obviously something to the Infinity Display technology the company first featured on the Galaxy S8 duo.

Nothing has been confirmed yet but the Galaxy J4 and J6 specs are believed to be as follows:

As for the Galaxy A phones, the Samsung Galaxy A6 and A6+ were made official with Infinity Display and dual cameras a couple of week ago.