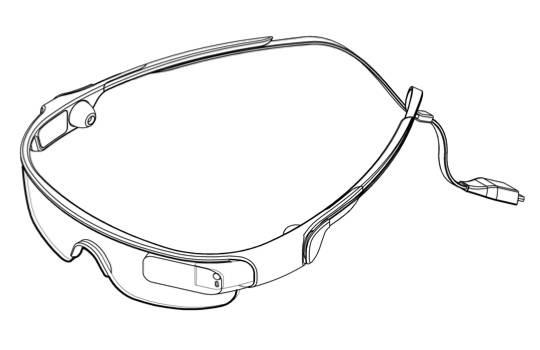 A patent filing from Samsung was showing a pair of “sport glasses” when it was discovered in October of last year. While there hasn’t been much on the topic since, it seems a new report coming from The Korea Times is calling for Samsung to announce their Glass competitor a bit later in the year.

The glasses are being referred to as “Galaxy Glass” but it was said that is just a tentative name. Perhaps more important for those waiting to see Google Glass get some solid competition, the report suggests Samsung is currently in the development stage and they plan to show them off during IFA 2014.

For those unfamiliar, IFA takes place in Berlin and this year, will run from September 5 – 10th. Or as we have seen from Samsung in the past, we could see an announcement sometime just before IFA officially begins. Of course, this all hinges back to this report being accurate, and perhaps even more important — that Samsung doesn’t make any changes to the current plans.

Similar to how this potential timeline could change, there could be some feature differences once Samsung actually announces Galaxy Glass. For now though, it is looking like this wearable will bring a feature set similar to Google Glass including the ability to take phone calls and even listen to music.

Looking outside the Google Glass comparison, we can also look towards the other Samsung wearable for hints. That other is the Galaxy Gear which brings alerts and notifications from the smartphone. The other potential issue here is the price. Many are hoping to see Google Glass drop once they are readily available to the public, however Samsung has been keen on charging a premium for the Galaxy Gear.