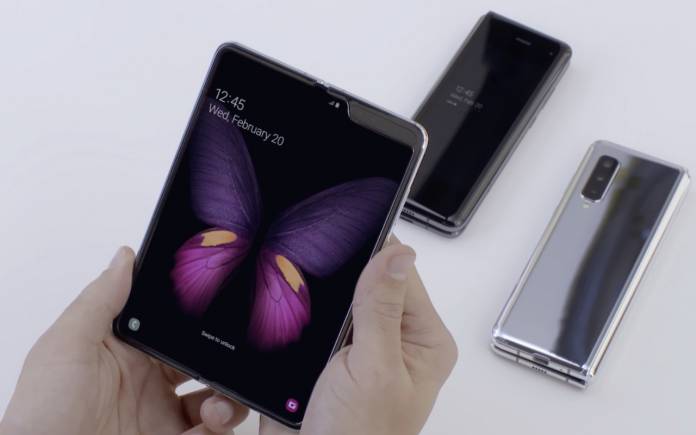 The Samsung Galaxy Fold only has the Huawei Mate X as its closest rival. There may be more similar devices in the works but the two will go head to head until a new foldable flagship is introduced. We have a feeling not many will attempt to release their versions such as in the case of OPPO because apparently, the Oppo foldable phone is very similar to the recently unveiled Huawei foldable phone. We haven’t really focused on the Galaxy Fold but we can all agree it is attractive.

The Galaxy Fold is coming. We told you about the design and features detailed in a demo video. Today, let’s discuss the price and availability.

Samsung is expected to roll out the foldable smartphone in April with a $1,980 price tag. That is still sub-$2000 but can be considered very expensive already. We’re not sure if this one will reach the US but I don’t see why not.

In the UK, the phone will be available but in limited numbers only. The foldable phone from Samsung is special that the first buyers will get a “concierge-like service and experience” as described. There’s 5G network in the US so Samsung should take advantage of that.

We’ll wait for any official or related announcement from Samsung regarding the fate of the foldable phone.