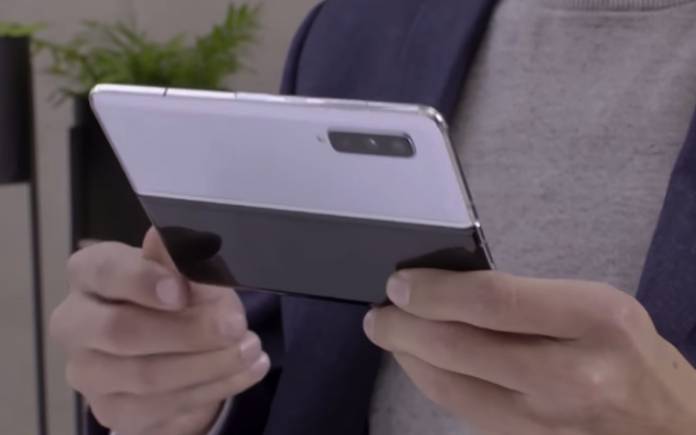 Samsung’s Galaxy Fold is more like an upgraded phablet. It’s a phone and tablet in one. It’s a smartphone when folded and transforms into a square-ish tablet when opened.

This one is being rivaled by Huawei Mate X 5G foldable phone. We have yet to review that one but for now, we’ll focus our attention on the Samsung foldable phone.

The Samsung Galaxy Fold boasts two displays. The external display is a 4.6-inch HD+ AMOLED screen while the internal display measures 7.3-inches in its QXGA+ AMOLED glory. The fingerprint sensor and power button are found on one side. The 4300mAh battery is enough to give it a longer battery life.

The Wireless Power Share is convenient for those who have other devices. The video below shows the smartphone can charge a smartwatch wirelessly.

The large display takes advantage of App Continuity. It links app experience across the displays. The phone features a hinge that makes the smartphone appear like a book. Body and hinge colors are ready in multiple colors.