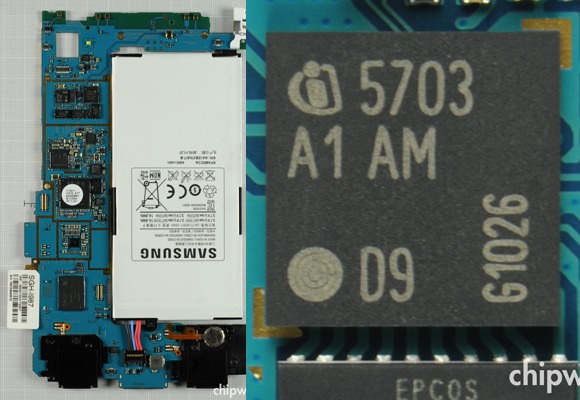 There’s a few places that are really great to put a warning on a device. As a manufacturer, you can put a warning on the box of a bit of technology, just so long as that warning isn’t going to tell the user about a possible blast into the ear. If there is going to be a blast into the ear of the user, the user would probably be better off having the warning about the blast be on the device itself. Sometimes there’s another place for a warning, and that’s deep within the device, under all the plastic, under all the metal. This is sometimes also known as Silicon Art.

Deciding that a super close chip look that they’re known for to see what’s up inside devices, Chipworks took a closer look at the Infineon PMB5703 – this device is found in the Samsung Captivate (a Galaxy S device,) the Samsung Galaxy Tab, and more than likely a few more thangs. What they found inside is not just a message, but a little clown face to deliver it! 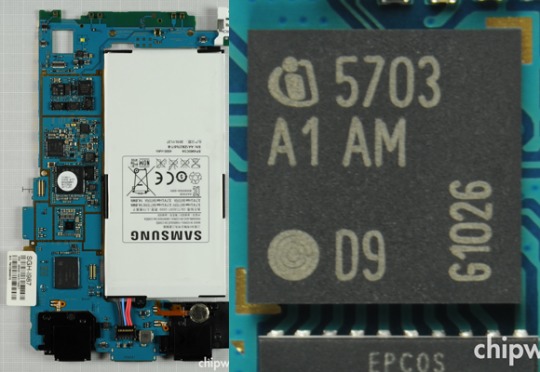 And not only that, since you might not be aware of the size of this stuff, take a peek at the “CLOSE” sentence above. One of the “o” letters in that sentence is 1.5 µm x 2.0 µm, which, as Chipworks notes, is pretty small compared to a human hair which is 25 µm in diameter [micrometers.] This message, along with each of the rest of the images you see in this thread, can be seen with a microscope inside the die inside the chip inside the Samsung Galaxy Tab, the Samsung Captivate, and probably more devices that we don’t know about yet. Have a peek at these images below: