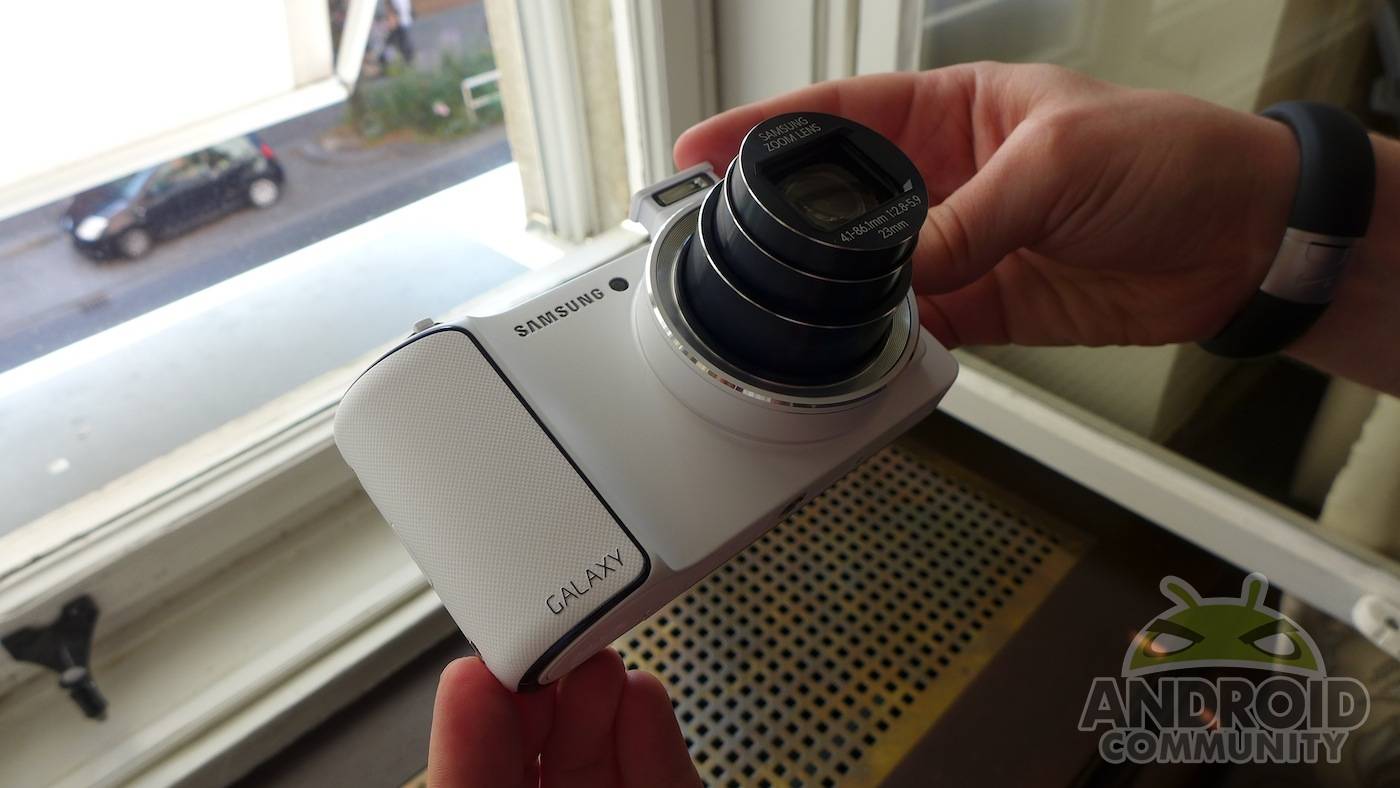 After zooming in on some FCC documents it looks like Samsung’s Android-powered Galaxy Camera has passed through the FCC with AT&T’s 3G and HSPA+ 4G (not LTE) speeds on board. We first got a glance at the Galaxy Camera back at IFA last month, but now this new filing is giving us a better idea of what Samsung has in mind for the smart camera.

In case you missed it, Samsung announced the Galaxy Camera as a 4.8-inch 1280 x 720p packing smart camera running Android 4.1 Jelly Bean, and having an impressive 16 megapixel shooter to boot. For a full breakdown of everything you need to know you’ll want to check out our Galaxy Camera hands-on.

When Samsung unveiled the Android snapper back at IFA we were told it would obviously come packing GPS, Bluetooth, WiFi for connectivity, and that they were still in talks with carriers regarding additional options. Now though, the Galaxy Camera has cleared the FCC complete with AT&T’s 3G and 4G HSPA+ radios under the hood. Could we see this device be offered up by AT&T on contract?

We have a feeling AT&T and Samsung might be looking to strike a deal similar to the Kindle tablets, where users will get worldwide AT&T service with the device, but the fact that it runs a pretty standard version of Jelly Bean might pose problems. Users could really suck down the data faster than on a Kindle — so some sort of monthly payments are expected.

While the report doesn’t mention 4G LTE specifically, we could still see LTE in a future filing or press release. After all you’ll be needing the fastest data connection as possible once you start taking full size 16 megapixel photos with the device if you want to upload them to share with the world while on the go. Whether this device sells, or just ends up being a niche product remains to be seen. Would you get the Galaxy Camera on AT&T if you could add it to that family plan for an extra $10 a month?