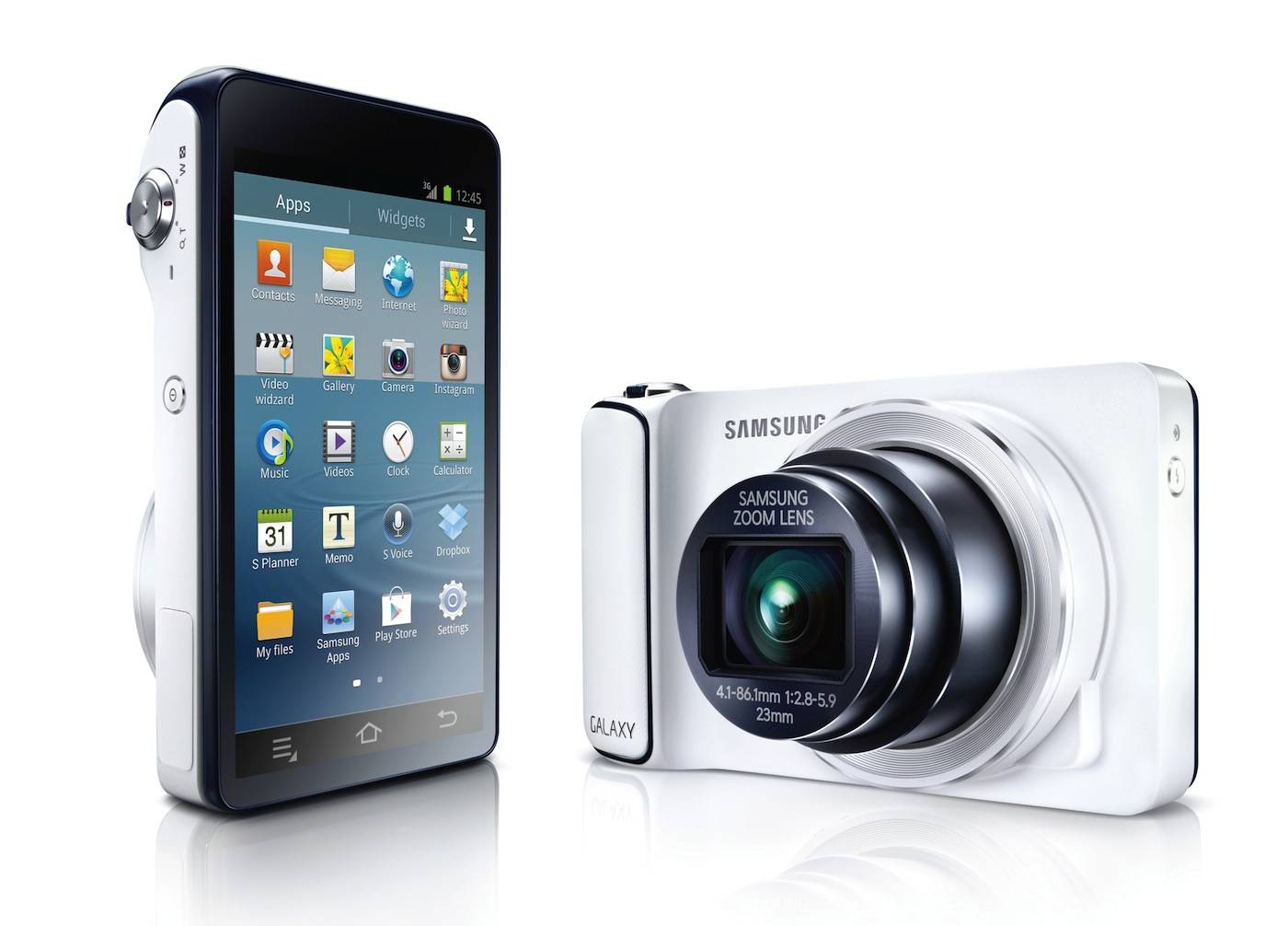 Samsung has thrown its Android and point-and-shoot digital camera teams together, and come up with the Galaxy Camera, an 16-megapixel Android-based snapper with a 21x optical zoom. At first glance more akin to a camera than a phone, the Galaxy Camera includes a 4.8-inch 1280 x 720 HD Super LCD and a 16-megapixel backside-illuminated CMOS, paired with a 23mm wide angle lens and an optical zoom unheard of on handsets.

The TouchWiz UI isn’t the only thing shared with devices like the Galaxy S III: the Galaxy Camera also has WiFi and 3G/4G (in HSPA+ flavor) though it can’t be used as a phone. Instead, Samsung expects users to edit shots on-camera – there’s a 35 tool editing suite built in – and then upload them to their favorite social networking site (or indeed email or a cloud backup service). Alternatively there’s WiFi Direct for device-to-device sharing. 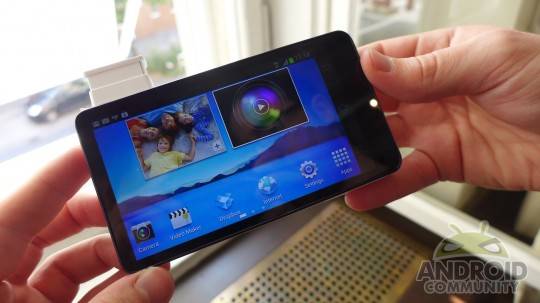 Beginners get plenty of tools to eke the best out of the camera as part of the Smart Pro 10: it can shoot multiple frames and allow different faces from each frame to be combined, as well as streamlining awkward scenes like fast-moving water. Reviewing them is via the standard Android gallery, but updated with various intelligent tools: the Galaxy Camera can identify faces, sort shots into folders automatically, suggest which photos are subpar and prompt their deletion, and allows for searching by time, location or who is pictured. 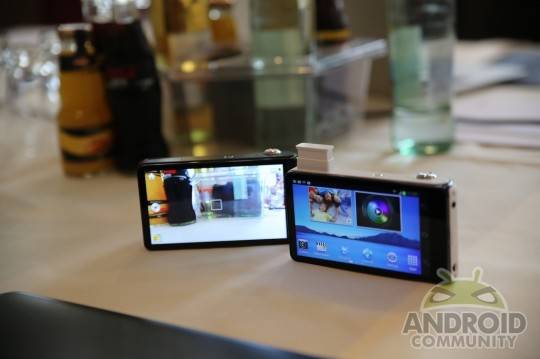 Experts, meanwhile, get manual control over ISO, exposure, aperture and more, and the sizable touchscreen makes tweaking them – or, indeed, browsing the web, writing emails, or using third-party apps like Instagram – simple. You can shoot photos and video simultaneously, though we found the optical zoom was more sluggish while recording clips than when framing for stills.

Samsung is in talks with carriers regarding subsidy deals for the Galaxy Camera’s 3G/4G connectivity, and isn’t able to confirm which it will be partnering with when the snapper hits shelves sometime in Q4 2012. Pricing, too, is unconfirmed, though we’re told to expect a “premium” tag and we’re guessing upward of $500.