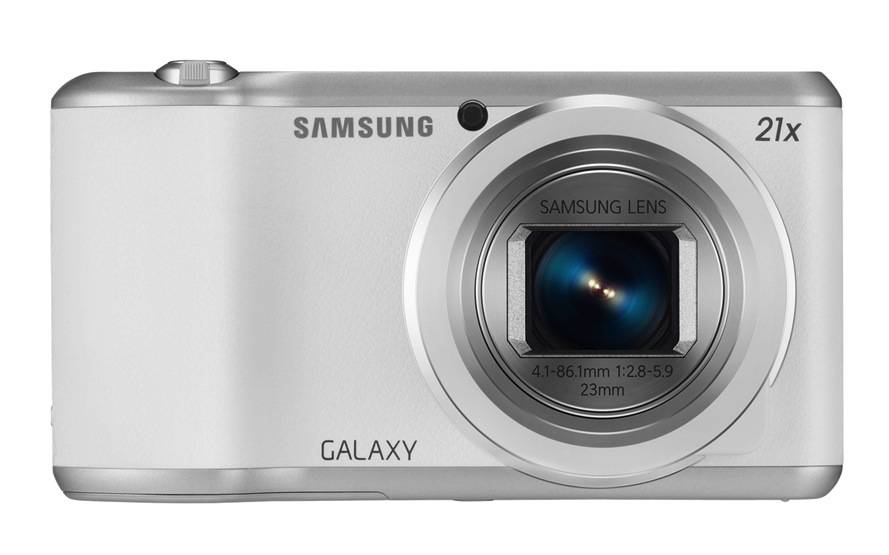 Samsung has revealed the Galaxy Camera 2, the successor to the Android-powered Galaxy Camera, this time running Android 4.3 Jelly Bean on a 1.6GHz quadcore processor, and packing a 16-megapixel BSI CMOS sensor. Debuting at CES 2014, the Galaxy Camera 2 also packs a bigger battery – now boosted to 2,000 mAh for more shots on a single charge – in addition to 2GB of RAM for faster app switching. As before, there’s access to the Google Play store to download apps like Instagram for instant sharing from the camera itself.

Connectivity includes WiFi a/b/g/n, Bluetooth 4.0, and NFC, with the latter being used for a new Tap & Go sharing system for easy transfer of photos between the Galaxy Camera 2 and nearby smartphones. There’s also GPS/GLONASS, but for the moment no word on a cellular version, unlike how the original Galaxy Camera was offered through AT&T and other carriers.

On the camera side, there’s a 16.3-megapixel, 1/2.3-inch backside-illuminated CMOS sensor paired with a 21x optical zoom (f/2.8-5.9) and optical image stabilization. ISO 100-3200 is supported, along with continuous shooting and up to 1080/30p video recording, while on top there’s a pop-up Xenon flash. A 4.8-inch HD touchscreen is used for control.

Meanwhile, on the “smart” side there’s Android 4.3 and a variety of apps, including Samsung’s Beauty Face, Best Face, Panorama, and various scene modes like waterfall, fireworks, and sunset. In all, there are 28 modes to choose from, and beyond that custom photography apps can be downloaded from the Play store. 8GB of internal storage can be augmented with up to a 64GB microSD card. 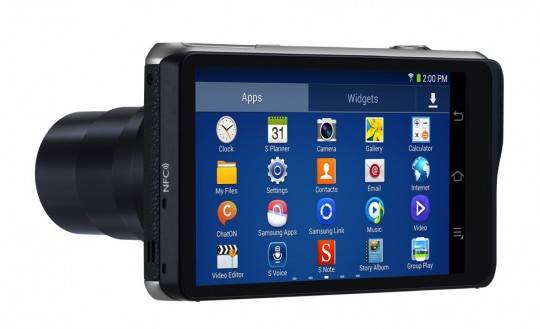 Samsung’s other camera apps have had a refresh since the Galaxy Camera was launched, too, and the second-gen model gets a “Selfie Alarm” which fires off five images in rapid succession so that you can subsequently pick your favorite despite not having seen the preview screen. Multi Motion Video can be used to change the speed footage is recorded at – up to 8x faster or slower – and there’s Remote Viewfinder for controlling the camera from a smartphone or tablet. 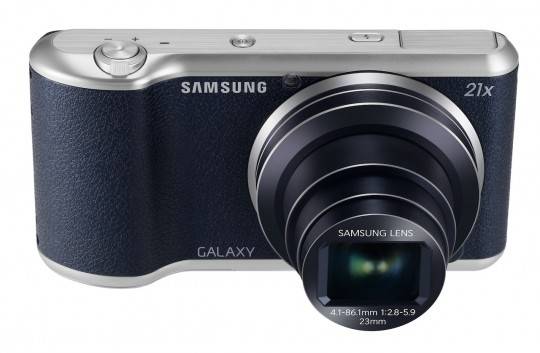 No word on pricing and availability at this stage, but we do know there’s a deal on 50GB of Dropbox storage for two years bundled in the price. Samsung will likely spill the beans on more Galaxy Camera 2 details at CES next week.