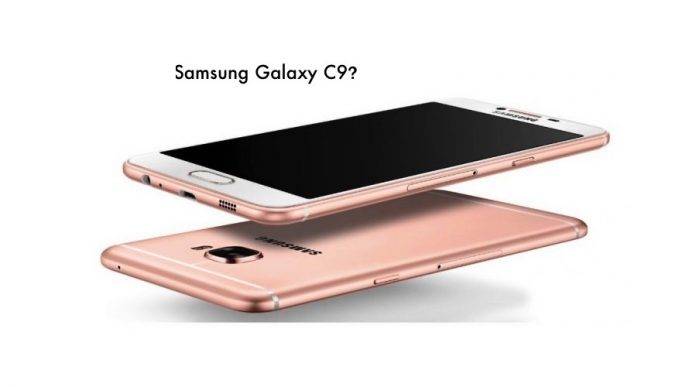 This is the year of the 7’s for Samsung. The company even skipped the Galaxy Note 6 so it can align the S and Note series. Unfortunately, that seemed like bad luck because the Note 7 is not exactly in the limelight for the right reasons. Next year it will be about the S8 and the Note 8. As for the other Galaxy series, we’ve seen the Galaxy C7 already. So will there be a C8? There’s no hard rule but don’t count on it because the Galaxy C9 is about to be unveiled.

Just last month, we noted that the Samsung Galaxy C9 will be a next metal-clad mid-range smartphone. More information are pointing to its arrival. It was already listed on Zauba and now documents from Geekbench and AnTuTu have surfaced. We have a feeling Samsung is about unveil the phone.

According to the Geekbench listing, the Galaxy S9 will have a 6-inch screen, Snapdragon 652 processor, Adreno 510 GPU, 1.4GHz Qualcomm CPU, 6GB RAM, and will run Android 6.0.1 Marshmallow out of the box. The device is more known as model SM-C9000. It’s expected to be commercially available only in China.

The Samsung Galaxy C9 is expected to be introduced next month. Hopefully, this will overshadow the Note 7 recall and battery explosion issues.