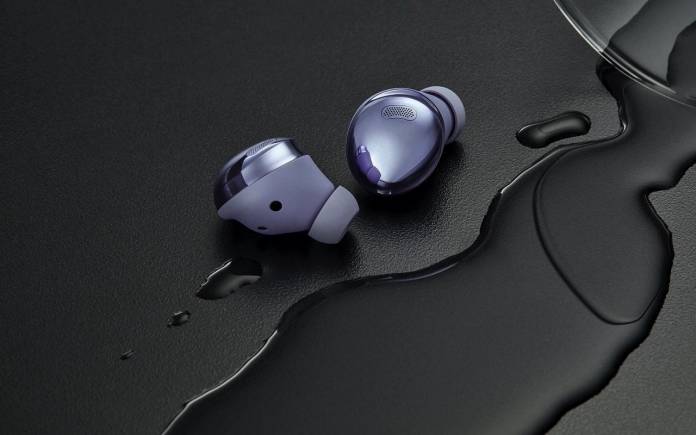 The year started for Samsung showing off the new Samsung Galaxy Buds Pro. The official announcement happened and its first software update was released a few days later. The pair also received a flip phone case treatment in South Korea. We even heard about that study saying the Galaxy Buds Pro is useful for people with hearing loss. A special edition was also introduced–the Adidas Samsung Galaxy Buds Pro. The latest is another software update that brings new features and optimizations to the wireless earbuds.

The pair of truly wireless earphones from Samsung makes an impression with is compact design. It offers 360-degree audio, active noise cancellation, and a dual-driver setup. The pair also comes with wireless charging, fast charging, and touch controls.

The Samsung Galaxy Buds Pro are supposed to be better than the more affordable Galaxy Buds+. The latter though has an edge over the Pro variant as it comes with the ‘Double Tap Earbud Edge’ feature. The Pro doesn’t have it yet until this week as it’s ready with the software update.

The new Double Tap Earbud Edge feature lets mobile users to increase and reduce volume by simply double tapping the edge of the earbuds. It’s a gesture that can be enabled by going to the Labs section of the Galaxy Wearable app.

This particular feature frees the Touch and Hold gesture that is usually used for voice assistant activation of the Samsung Galaxy Buds Pro. It switches between launching the Spotify app or ANC or Ambient Sound modes. Other changes include ANC performance improvements and better Voice Detect feature accuracy.

The size of the file is only over 2MB. Specifically, it is firmware version R190XXU0AUD5 and is now available in South Korea. You can also update the Galaxy Buds Pro Plugin app to version 2.0.21042351. Other key markets should also receive the update in the coming days and weeks.