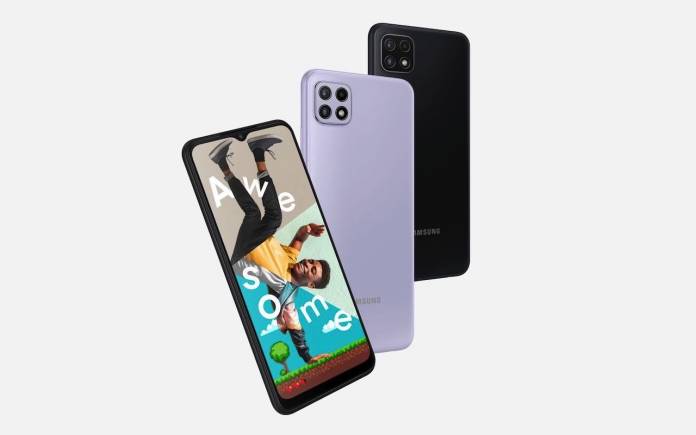 This is the first time we’re hearing about this but a Galaxy A13 5G phone is in the works. Samsung is set to introduce a new Galaxy A series device that follows from the same lineup. The last one we remember was the Samsung Galaxy A52s 5G announced with Snapdragon 778G processor and super-fast 5G connectivity. There was also the Samsung Galaxy A22 5G and the Galaxy A32 5G. There are a number of Galaxy A phones being prepped for release but have been delayed.

This Samsung Galaxy A13 5G has been mentioned and is said to come with impressive cameras and a reasonable battery. Our source shared the specs of the battery and the camera system of the unannounced Galaxy A13 5G.

Obviously, it will offer 5G support in markets where 5G connectivity is available. This means it will be another affordable 5G phone which may be announced in 2022.

The Galaxy A13 5G may be a follow-up to the Galaxy A22 5G that was recently released in the Netherlands–a budget-friendly 5G device that offers fast hardware performance. When it comes to imaging, it will be headlined by a 50MP primary camera. It could be the same ISOCELL GN5 used on the Galaxy S22 series phones.

Battery capacity could be 5000mAh. That is large especially for affordable phones but it seems to be a standard among Galaxy devices. It is the same battery used on other Galaxy A smartphones like the Galaxy A72, Galaxy A32, Galaxy A22, and Galaxy A12.

The Galaxy A12 was revealed in November last year. The Galaxy A13 5G could be revealed the same month or maybe even earlier. Let’s wait and see.