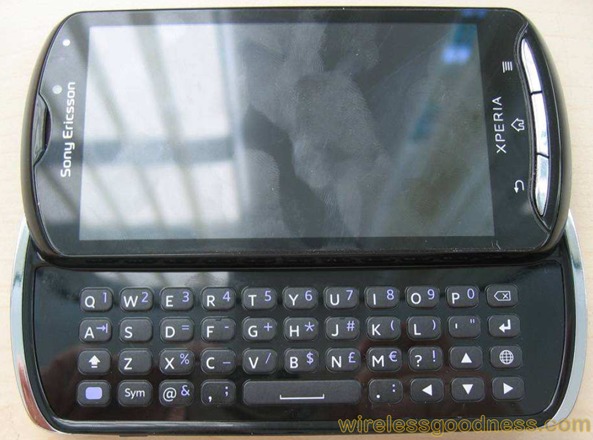 Sony Ericsson’s keyboard equipped Xperia Pro has just slipped through the FCC. The Gingerbread slider had been delayed, but looks to be around the corner. The Xperia Pro comes packing AT&T’s 3G bands, making it the top of the line for AT&T customers that need that keyboard.

Sony Ericsson’s Xperia line is an interesting mix of high and low end specs. The Xperia Pro continues this tradition with some mediocre hardware combined with the latest version of Android and fancy cameras. Just cause it doesn’t have top tier specs doesn’t mean the Xperia Pro won’t be an impressive machine.

A 3.7″ 854×480 screen, a 1 GHz Snapdragon Processor and 320 MB of RAM are the less glorious of the goodies lying underneath. More impressively, the 4-row keyboard looks like it has plenty of room for stamping out texts and emails, and an 8 MP rear and 2 MP front camera will have you taking fancy pics, and video chatting when your thumbs need a rest.

It’s not too bad, but not too great. Like I said earlier, this is the best there’ll be in the way of keyboard bearing Android for AT&T customers. So what do you think, are carriers neglecting keyboard fans, or now that touch screens are so common, are hardware keyboards just not that big a deal anymore?