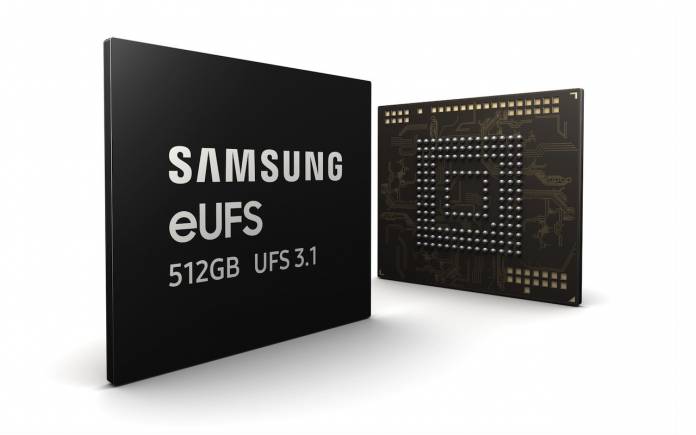 UFS 3.1 storage has been available for some other phones. We’ve noted a few like the Vivo NEX 3S, Vivo iQOO 3, ZUK Z2 Pro, Sony Xperia XZ2, and the Meizu Pro 6 Plus. Such storage will be further improved and made faster with the arrival of the new 512GB eUFS 3.1 storage from Samsung. The South Korean tech has recently worked on a new embedded Universal Flash Storage. The eUFS 3.1 is more for smartphones and it can now store up to 512GB of data on mobile devices.

Samsung’s latest eUFS 3.1 offers three times the speed of 512GB eUFS 3.0 released last year. It’s now at 1200MB per second (1.2GB). That’s really fast that you will only have to wait a few seconds.

Faster data transfer is always welcome. By next year, we can probably see bigger storage or maybe even faster ones. Maybe 1TB, perhaps? It’s way better than microSD cards on mobile devices or SSDs on computers. Making this more special is the fact that it can store large-size photos and 8K videos sans buffering.

If the 512GB is too much for you, know that the Samsung eUFS 3.1 will also be available in 128GB and 256GB storage capacities. Expect the new 512GB eUFS 3.1 to be used on future premium flagship phones. Definitely, Samsung devices will use such storage but also other mobile OEMs are expected to utilize the newer and faster storage.