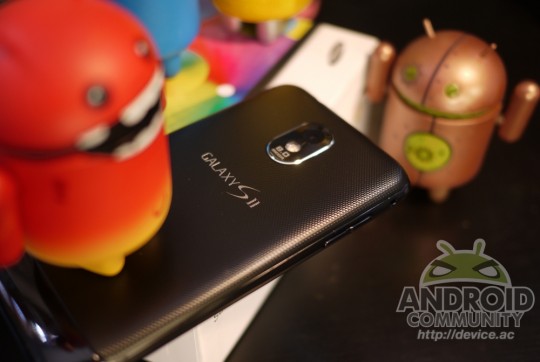 Samsung Epic 4G Touch owners are probably on the edges of their seats right now. And sources say, it could be the first Galaxy S II to receive Android 4.0 (Ice Cream Sandwich). The Now Network has been punctual at delivering updates in the past, and over on their official forums resides some eye-squinting information detailing an Android 4.0.3 update is imminent. It unveils both the Touch’s model number and software version. Therefore, we should definitely expect an update – hopefully sooner rather than later.

The Epic 4G Touch is currently on Android 2.3.6, so hopefully the big jump to 4.0 doesn’t leave it with any bugs. There’s been an absence of complaints about this device from critics so far, and hopefully it stays that way. But realistically, it shouldn’t surprise us if 4.0 doesn’t agree in exactly the manner we had hoped for. After all, it would be the guinea pig amongst many GSII smartphones slated to receive the update.

The device has been rooted for quite some time, so if an official build leaks out to the public we’ll let you know. Of all devices I’d hoped to see ICS run over, the Galaxy Note and Epic 4G Touch were on the top of my list. The 4.5″ screen will look massive, even sitting beside a Galaxy Nexus. The Nexus has a 4.65″ display, but lets not forget some of it is used to operate the menu buttons – whereas the Epic 4G Touch makes use of the entire display.