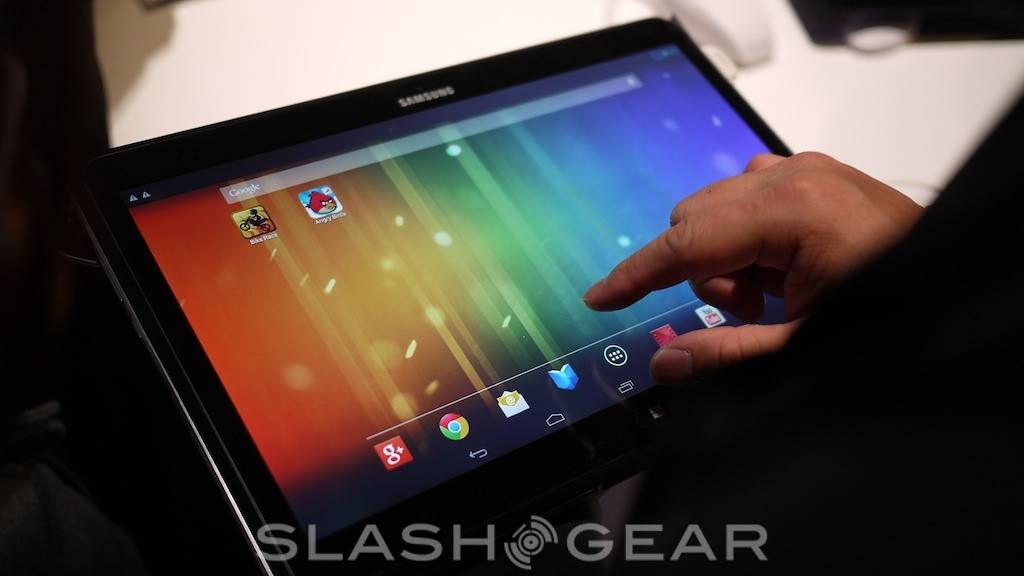 There’s some bad news for those eagerly waiting for Samsung‘s latest tablet/laptop hybrid to hit the market. It seems that the Samsung ATIV Q has hit a substantial snag in the form of a patent issue which has caused its delay, and might even cause its death.

Samsung announced the device last June at their Premiere event in London. The ATIV Q is basically a hybrid that features a slider form factor instead of a detachable or a bluetooth keyboard. But what makes the device really interesting is that it features what Samsung claims to be the world’s highest resolution tablet display, with 3200×1800 squeezed into a 13.3-inch screen. And, of course, one cannot ignore the tablet’s ability to run Windows 8 and Android side-by-side almost seamlessly. You can catch up with our hands-on impressions of the ATIV Q and see why we were quite interested in getting one.

Unfortunately, that day may never come. Insider sources revealed that the ATIV Q has been delayed because of patent issues regarding the device’s selling feature: the ability to run two operating systems together at the same time. We’re not privy to the exact technology involved, but we can only assume that it might not be the same thing that’s used when running a full OS inside another OS via virtual machines, something that has been in existence for quite a long time now.

The source says that Samsung is working on trying to resolve these issues but that things aren’t looking good and Samsung has reportedly canceled pre-orders. Nothing is official yet, so it’s probably not yet time to bid farewell to an interesting and possibly impressive device.