Will fingerprint swiping and gestures be the next big thing? We don’t know for sure. But Google took a chance with it on the Google Pixel smartphones. And now it seems like Samsung will be having this technology in their phones soon, probably on the Samsung Galaxy S8 if all things go right. The Korean giant just applied for a patent which gives users control of the device interface via swipes on the fingerprint sensor.

The patent application was published in Korea yesterday, and it looks to be a way to unlock your smartphone device via the fingerprint sensor to go directly to an app or function. The diagram is shown below, and it clearly shows fingerprint gestures. 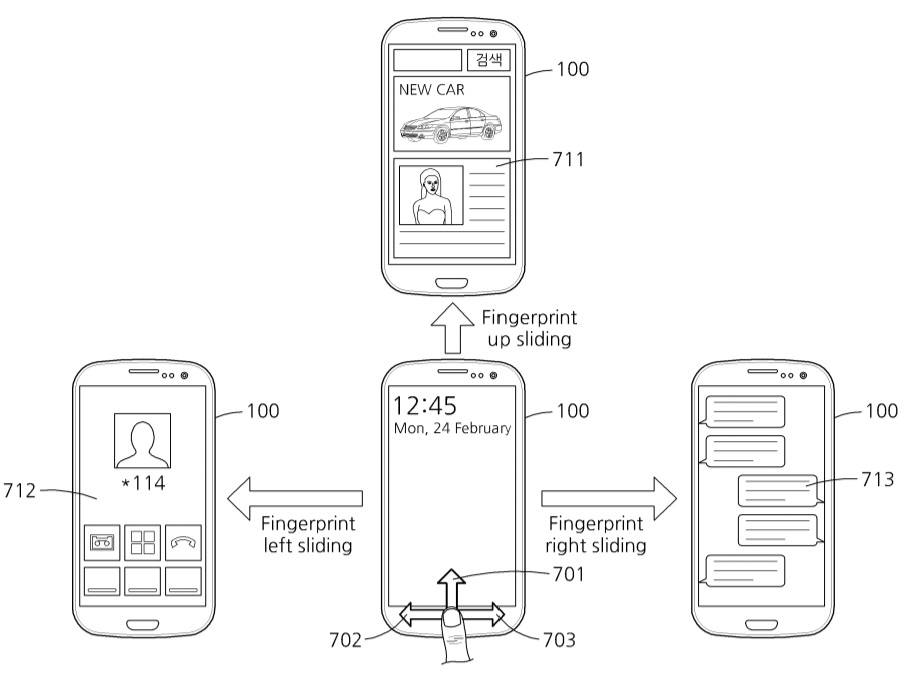 There are four possible directions you can swipe, and the gestures can either go to a specific function dictated by the operating system. Ideally, we would rather that the apps that you can go to from here can be assigned by the users.

The question really is if we are getting this feature at the soonest possible time, maybe on the anticipated Samsung Galaxy S8. If so, we might be seeing this feature around February when the new flagship is expected to launch, possibly at the Mobile World Congress in Barcelona.