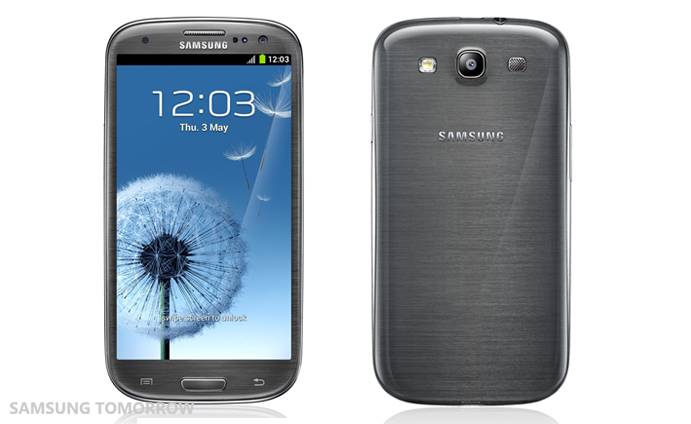 The folks at Samsung have finally announced four new color options for their impressive flagship Samsung Galaxy S III smartphone. We’ve been hearing rumors about this for months, and even showed a few leaked renders that were completely off base. Today they’ve unveiled four colors including a pretty terrible looking Amber Brown option. Check em out below.

Personally I’m really digging the Titanium Grey color shown above, and would buy that phone in an instant. That or the black version are the only two I’d personally own (or Blue). The rest of us here at Android Community are digging the Garnet Red — which we already received some hands-on time with.

Samsung has announced Titanium Grey, Amber Brown, Garnet Red, and of course Sapphire Black version of their handset. The new colors were announced by Samsung themselves and along with them were some pretty unique descriptions matching why those chose those fascinating colors. The descriptions are a bit too exciting if you ask us, but check them out at SamsungTomorrow.

Will these new color options be available on your carrier you ask? We have absolutely no idea. Samsung states that availability of colors will vary by country, carrier, and specific retailers. Most likely we’ll see a few US carriers jump on board but have no details yet at this time. Personally the Titanium Grey is amazing and I want it now, and the Amber Brown looks awful — just my opinion. What color do you guys like the most?