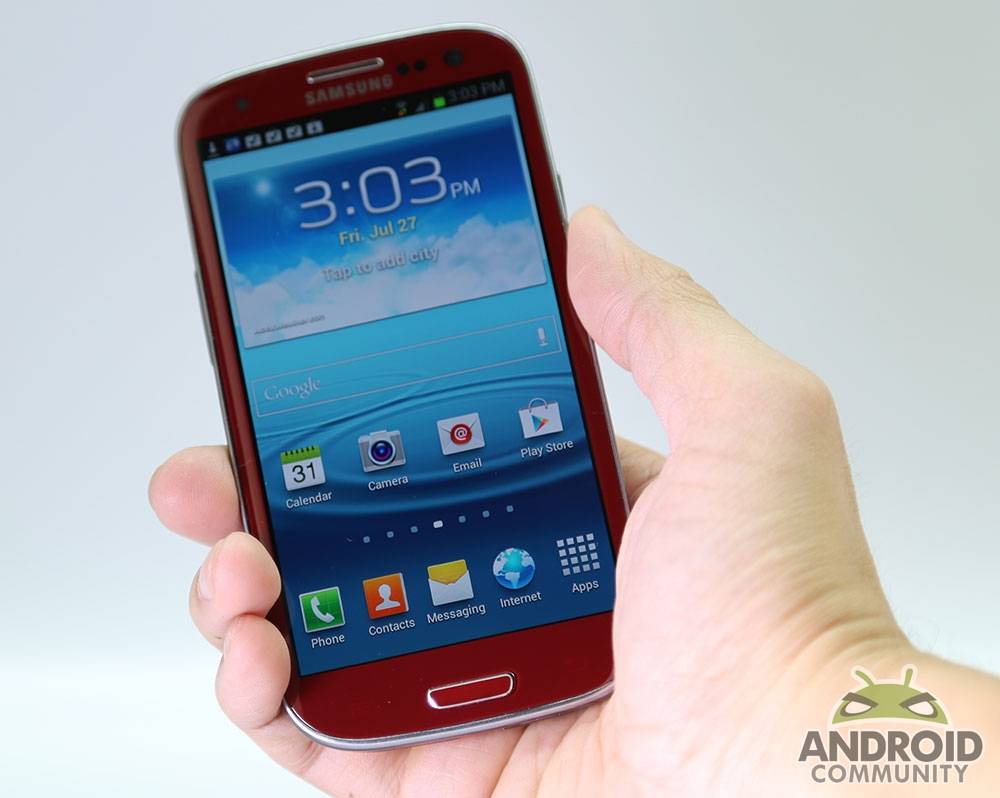 Today we have a special treat to share with everyone, and that is the rare Garnet Red Samsung Galaxy S III being offered over on AT&T. You’d think this color would arrive for Verizon, but AT&T stole the exclusivity and it has been up for pre-order all month. Available come Sunday for the lucky few, but we have it now for you to take a quick look. The color is the only difference, but so far I’m really liking it.

What we have here is essentially the exact same Samsung Galaxy S III flagship smartphone on AT&T, Verizon, T-Mobile and the others. The big difference obviously is that deep red color they are calling Garnet Red. The overall aesthetics are quite nice and the Garnet Red has a similar textured look as the Pebble Blue model, as you can clearly see from our pictures. Check out the family all together in harmony. 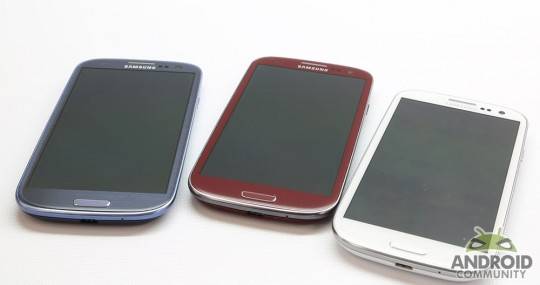 The red Galaxy S III brings us the same fabulous smartphone and performance we’ve come to love from the Galaxy S III — as you saw from our countless reviews of the U.S. and international version. The same 4.8-inch Super AMOLED HD display rocking a 1280 x 800 resolution, 1.5 GHz dual-core Qualcomm “Snappy” Snapdragon processor is under the hood. It also comes with 16GB or 32GB of storage options, and the usual micro-SD slot for expanded storage.

From Samsung’s S-Voice, S-Beam, Android 4.0.4 Ice Cream Sandwich, an 8 megapixel camera and more this phone does it all — but you already knew that. For those that still haven’t picked up what is quite possibly the best Android phone on the market, AT&T now has you completely covered. Offering a Ceramic White, Pebble Blue, and now Garnet Red flavor of the device.

Initially I wasn’t quite sure if I’d like the red color option, but I can safely say I’m diggin this new look from Samsung and AT&T. You can pickup this Garnet Red Samsung Galaxy S III from the folks at AT&T on the 29th. That is this Sunday for those keeping track at home. It will run you the same $199 or $249 price on contract, but is a nice switch from the norm that I have a feeling many will opt for.