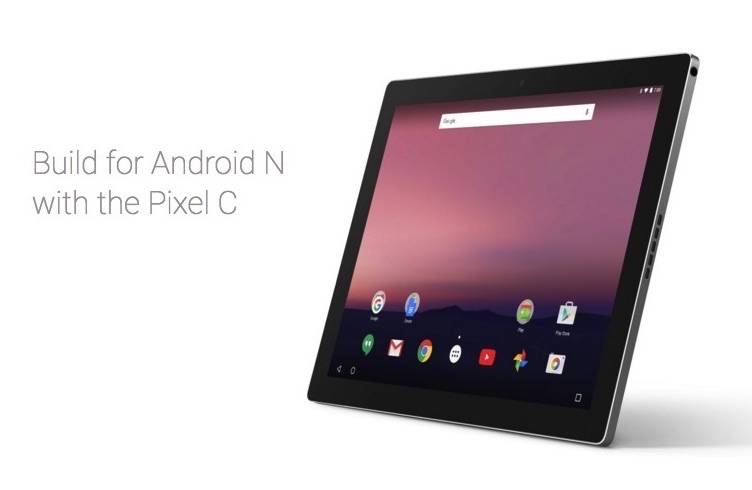 The Android N Developer Preview is already out so expect more rumors, leaked images, and early information to be published. We’re guessing one or two new discoveries each day before Google officially launches the new Android platform at this year’s Google I/O Conference. We have no idea how many developers have already tried the new Android N on their devices but for those who want to test their apps on a new tablet, Google is offering a special promo.

Developers can avail of the 25% discount off one Pixel C tablet if you are interested to test your apps. The tablet offers a high resolution screen display and is powered by an Nvidia X1 processor. It comes with an optional keyboard so you can use it in laptop mode.

The Android N features a split-screen mode so you can use multiple apps at once as described by Google. It’s important that devs check if and how their Android apps are running on the Google Pixel C so they can fix whatever needs to be fixed before public launch. If you want to get a Pixel C with a discount, head on to the Pixel C site and sign up.

Promo is only valid in the United States, New Zealand, Ireland, United Kingdom, and Australia based on the drop down menu provided on the page. Google will send the discount code which you can use to buy on the Google Store.

Who’s willing to get a Pixel C and test their Android apps? Promo runs until July 15, 2016.