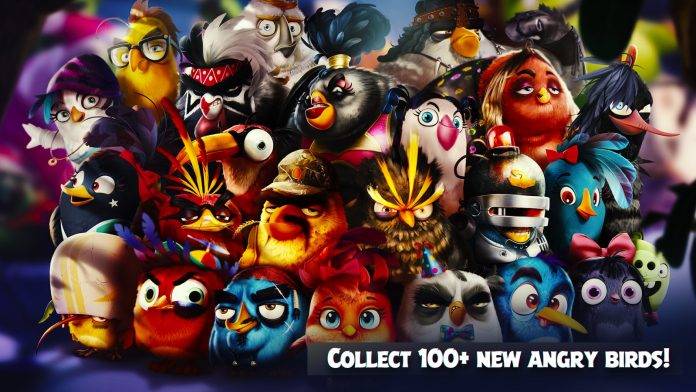 The newest title from the popular game franchise was listed for pre-registration on the Play Store over three weeks ago. Today, the ‘Angry Birds Evolution’ is now available for download on Android mobile devices. It’s been a while since we last tried a new game starring the famous birds. It was last December when Angry Birds Blast hit Android. Hardcore fans of these rowdy birds need not wait for so long because you now have a new game to finish.

Angry Birds Evolution is a role-playing game adventure that will have you checking a new flock to collect, hatch, and evolve. You will meet new characters you’ve never seen or played with before. The Angry Birds gang will be joined by new ones that will help them beat the pigs off the Bird Island.

Like in the old game, the pigs are after the eggs. You will need to do everything in your power to stop the enemies from taking over. This time, you have the power to evolve super birds and rear the strongest ones who will end whatever the pigs are doing.

Over a hundred new Angry Birds can hatch so you need to prepare a larger nest. It’s up to you how you will rear them and eventually convince them to stay with the flock. Each bird can transform into the fiercest, angriest, and most ultimate bird you can evolve.