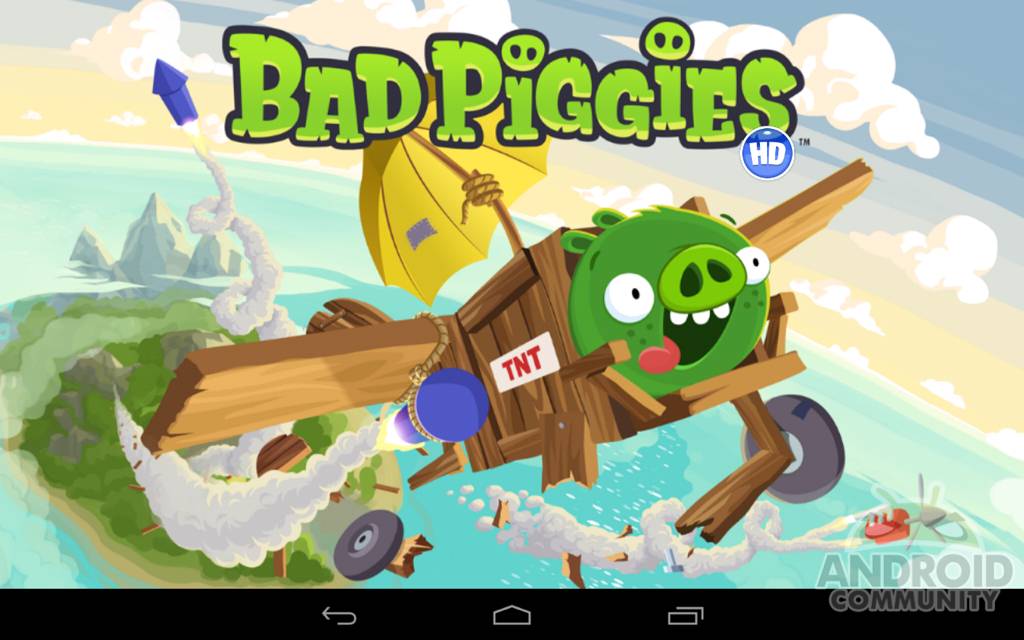 Just as the prophecies foretold, Bad Piggies is now available on the Google Play Store. The latest game from Rovio gives a new spin on the mind-numbingly popular Angry Birds series, letting players take on the role of the bad guys this time around. Instead of playing as the birds and taking back your stolen eggs from some very stupid pigs, you’ll be playing as the pigs, stealing as many eggs as you can while you make your way through 60 different levels.

Of course, those pigs don’t have any feet or legs, so you’ll need to create special vehicles to use as transportation. You’ll have plenty of choices when it comes to building those vehicles too, as Bad Piggies features more than 30 different objects you can use in vehicle creation. To make things even better, there are 30 additional levels that will unlock as you earn three star ratings on the first 60, so there’s a lot of game to be found in this tiny little package.

We have to hand it to Rovio, because this game actually seems like a great idea. A lot of people thought that Rovio was going to be a one hit wonder with Angry Birds, and even though Rovio is still milking that franchise like there’s no tomorrow, at least the company is throwing a little bit of variety in there. Who says Rovio is a one-trick pony?

The game comes in a couple different flavors. There’s the standard edition, which is naturally supported by advertisements, while there’s also an HD version to take advantage of the larger screens on tablets and HD smartphones. The game is available for download now on the Google Play Store [download link], so hop on over there and check it out – those eggs aren’t going steal themselves, after all.