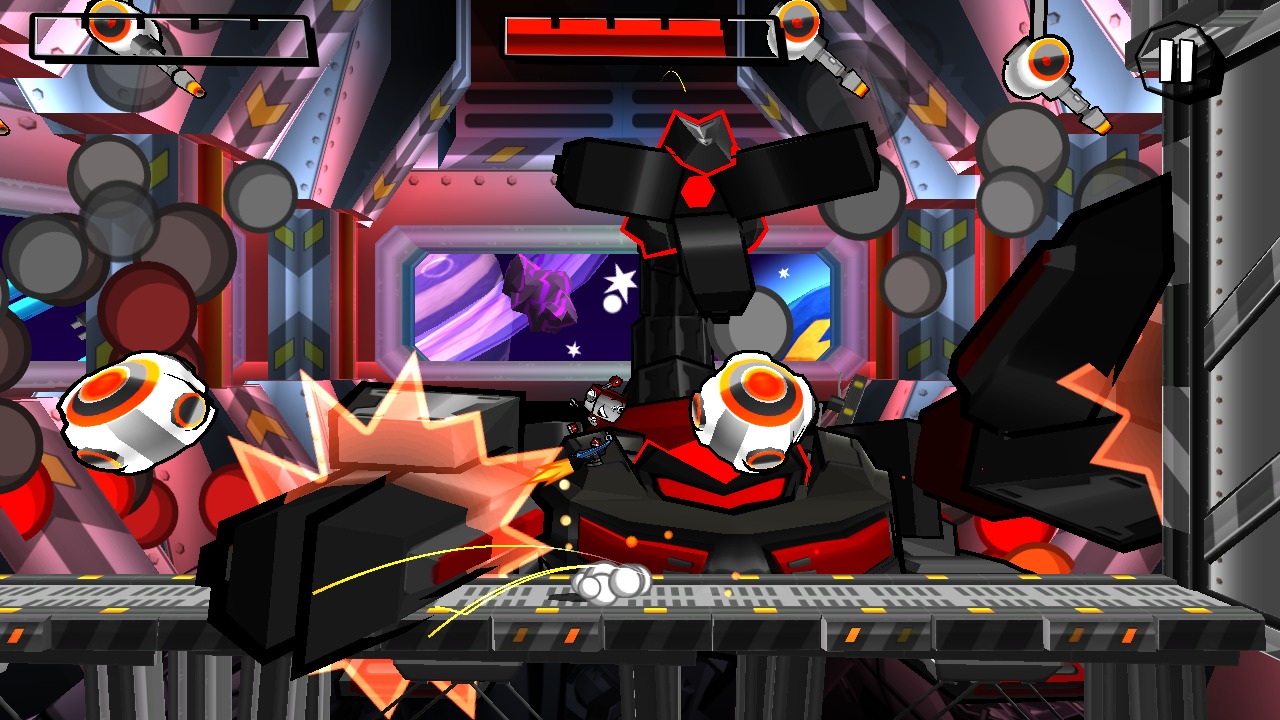 Welcome to the new version of Mario! No wait, not Mario, Roboto! Once you play the game you’ll see why I confused this game with the original Mario Brothers, it being a side-scrolling action game with no compare. The only other game I’ve played with this much awesome side-scrolling action is indeed the original Mario Brothers or Mario 3, and this one, Roboto, as developed by Fenix Fire and having no affiliation with Nintendo at all, has a blaster pistol all game long and awesome gravity-flip features to keep you on your toes! Dive in with me, won’t you? Let’s have a look.

As you start the game for the first time, you’ll see some rather impressive looking cinema tics blast forth from your display, a video showing Roboto seeing a lovely lady robot who he of course falls instantly in love with. Of course she, being the robot mince she is, runs to a rocket and instantly takes off into outer space. What does Roboto do? He chases her of course! Thus begins your journey through 30 “galvanizing” levels, as they say, facing off against robot enemies galore as you surf in on your hoverboard as Roboto, the coolest little robot this side of Android!

There’s a bunch of oddities to look forward to as well. There are puzzles in many levels, making you move in exacting ways and blasting your pistol just so precisely so as to continue on. That is, until you get upgrades. There’s 5 different “super-powered” weapons you can attain through the game, as well as a Power Up System that’ll boost your rocket boarding abilities and toughen your armor. They call it a rocket board but everyone knows its a Hoverboard, let’s be honest. 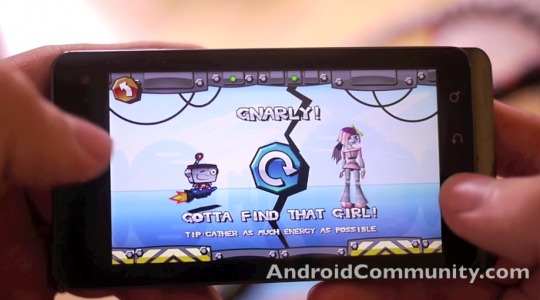 There are bosses of magnificent stature, an awesome soundtrack of pop punk music playing in the background, and of course OpenFeint support as well. You can grab the game today on the Android Market for $2.99, this price lasting until August 8th when the price will go up to $4.99 – get it!

ALSO note that we’re looking at this game on the brand new Motorola DROID 3 from Verizon, reviewed in full by yours on July 28, 2011!