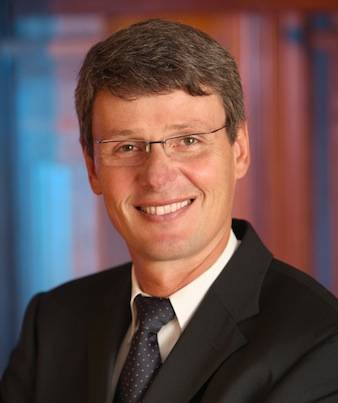 On the off-chance that there are any RIM investors reading this story, hoping against hope that the company would try something drastic (like using Android) to reverse its worldwide downward slide… you might want to give your portfolio manager a call. After months of almost universally gloomy news for the Blackberry manufacturer, they installed a new CEO this week, Thorsten Heins. When asked by Crackberry if the company would consider switching to an Android-based software system and abandon their often delayed and underwhelming BlackBerry OS, Heins said ““there is just no room for differentiation because [Android phones] are all the same.”

For a little context: this comes from a company whose first touchscreen product (in 2008, no less) failed so miserably that its sequel abandoned its one unique feature. Whose Nokia-esque line of numbered families get incremental updates that are nigh indistinguishable from one another. Whose first radical change to their core hardware model, the Torch, adopted the portrait slider format that had been in wide use for the better part of a decade. Who can’t give away their sole tablet product (which still lacks a native email client, by the way) despite quasi-support for Android apps.

We usually don’t pay attention to Blackberry here at Android Community – just like the rest of the world as of late. But it seems like a no-brainer for them to dump their overloaded software framework and build on Android to come into this decade. As HTC, Samsung, Amazon, Barnes & Noble and others have proven, it’s entirely possible to create your own separate look and feel on Android, while still staying compatible with updates and hundreds of thousands of apps. RIM could easily integrate Blackberry’s legendary business-friendly encryption, email and messaging apps – heck, they’re probably doing the latter already.

Feel free to continue along your current path, RIM – it’s not like you’re trying to compete or anything.