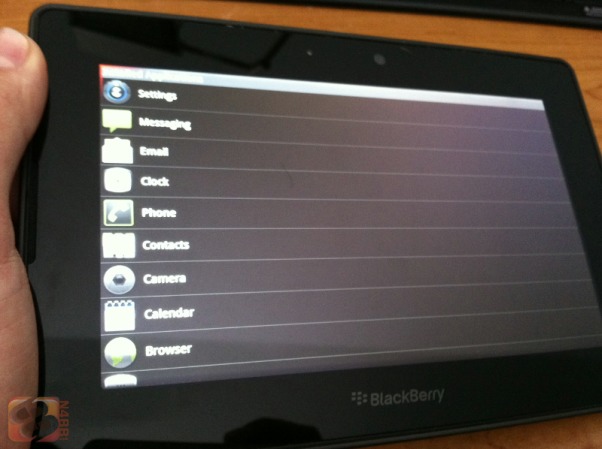 It’s been awhile since RIM first demoed there planned Android App Player for their PlayBook tablet. A beta version of the App Player has recently found its way onto the internet, allowing PlayBook owners to get a taste of all the awesome apps we enjoy here in the Android world.

The Android Player allows RIM’s BlackBerry PlayBook tablet to make up for its less impressive app selection, by letting it access Android’s impressive app base. The magic is in a port of Android’s Dalvik virtual machine, which runs apks just like an Android phone.

The Android Player application and Virtual Machine are based off of Gingerbread 2.3.3. There are two big things to take away from this. First, this means the PlayBook will be capable of running almost all non-honeycomb apps (somewhat strange since its a tablet, but it is beta). More upsettingly, this means that a BlackBerry tablet will be running a newer version of Android then the vast majority of Android phones.

The idea to port the entire Android app selection to their tablet was a pretty brilliant idea on RIM’s part, and the more customers the merrier for Android developers. What remains to be seen is how performance will hold up on the tablet. Early reports describe it as laggy but usable.

Will we see Android apps ported to other operating systems if this is successful? Dalvik is based on the Java virtual machine, which was meant to allow the same binary run on different platforms. Could Android apps become common place on all mobile platforms some day?