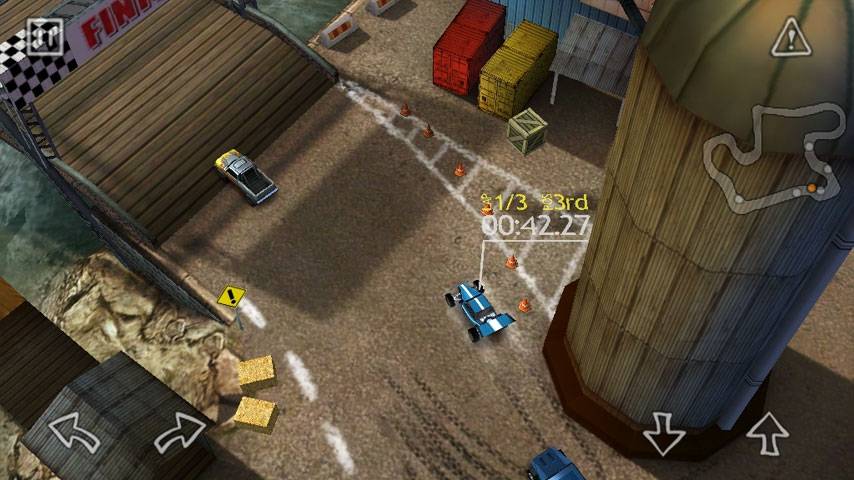 If you haven’t had enough of Polarbit’s slipping, sliding classic Reckless Racing, prepare for another installment in just a couple of weeks. The developer has confirmed that Reckless Racing 2 will be making its way to the Android Market on February 2nd, but for the foreseeable future, only Sony Ericsson Xperia Play owners can join in the fun. The sequel will include new cars and tracks, plus enhanced visuals and character customization.

If you haven’t heard of the original Reckless Racing, it was one of the first high-profile games to make the journey from iOS onto the Android Market. Putting a new spin on old-school top-down racers, Reckless Racing combined loose physics, impressive graphics and a hillbilly attitude to be one of the first commercial gaming hits on the platform. Since the initial release way back in October 2010, Lite and HD versions have been made available, as well as the chase-oriented quasi-sequel Reckless Getaway.

There’s no word on when Reckless Racing 2 will make its way to the general Android population, but if the Xperia Play exclusive follows other Android titles it should be available within the next two to four months. The original is still priced at $1.99, so the sequel should be somewhere in that range. Enjoy your racing, Xperia Play owners – we’ll be waiting patiently.