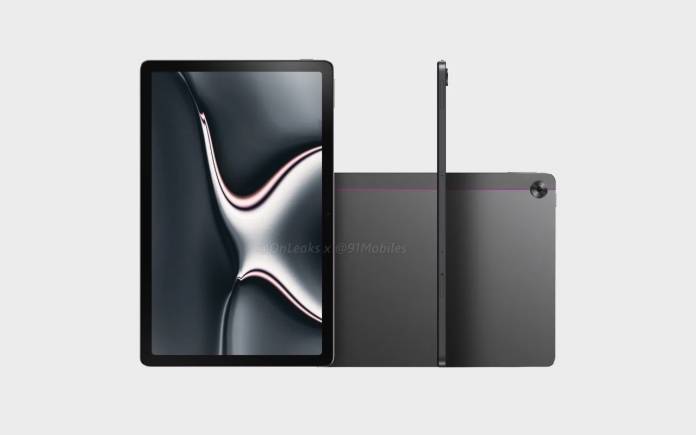 Realme isn’t exactly popular when it comes to tablets but it knows how and when to deliver new stuff. Next from the company is the Realme Pad with a decent 10.4-inch screen with stylus support. The tablet has been rendered recently and we see a device having a dual-tone finish plus very obvious bezels around the screen. The tablet comes with basic single cameras on the rear and front. There is no official announcement yet but it has been teased during the Realme GT launch last month.

Steve Hemmerstoffer (@onleaks) and 91mobiles teamed up once again to deliver image renders of the Realme Pad. The upcoming Android tablet from Realme shows thick bezels so it looks like a a regular tablet. It may remind you of the iPad Pro from last year.

The tablet comes with two speakers on one side, USB Type-C port, Power button, two more speakers on another side, and a volume rocker near the camera module. The memory can be expanded via a microSD card slot.

The dual-tone finish is cut through the camera module. The selfie camera is found on one of the longer sides. The simple design actually makes the tablet more attractive. 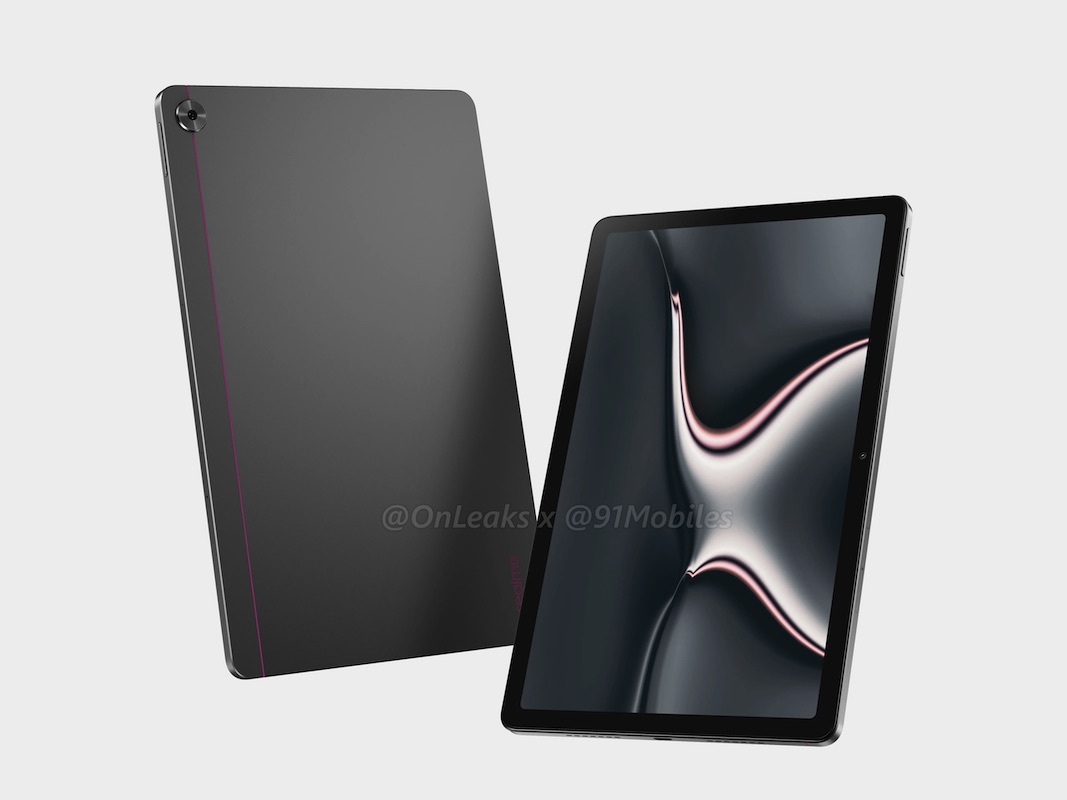 The device shows a slot near the USB port. It can be assumed it is for the stylus. The Realme Pad is expected to be sold with a stylus so you don’t have to buy a separate one. With this feature, it can probably rival the Samsung Galaxy Tab A7 Lite with S-Pen.

This Realme Pad appears to be in Grey-Black. Other color options may still be introduced. Dimensions are 246.1 x 155.8 x 6.8mm but the camera part protrudes up to 8.4mm.