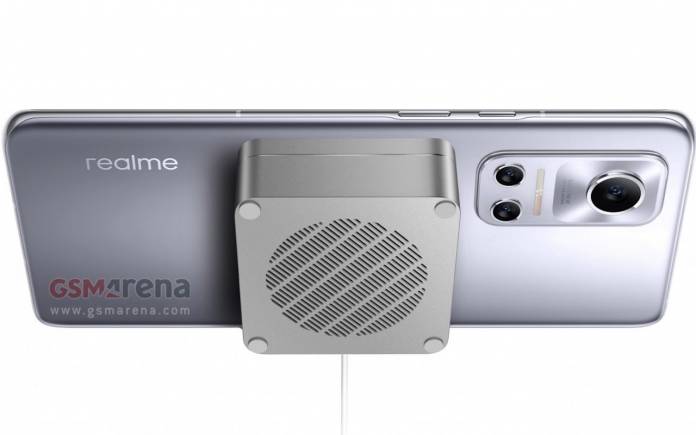 OPPO may have already further integrated with OnePlus but it doesn’t mean it’s forgetting its other sub-brand. Realme is still a name under the Chinese OEM and it is schedule to introduce a new phone. There is the Realme Pad and the Realme GT Master Edition to look forward to. There is also the Realme Flash which is said to be the first Android phone with magnetic wireless charging. A source shared some images and information about the upcoming Realme Flash.

The Realme Flash seems to be the final and official name. The phone is said to feature the MagDart wireless magnetic charger. If that’s the case, then it is the first Android phone to arrive with magnetic wireless charging.

The MagDart takes after the MagSafe tech of Apple. What it does is clip onto the back of the phone and then charges the device. This one is bigger than Apple’s.

It will be the fastest magnetic charger in the market today. Charging speed will go over 15W. A USB-C connector will still remain on the charger should you want to use wired charging.