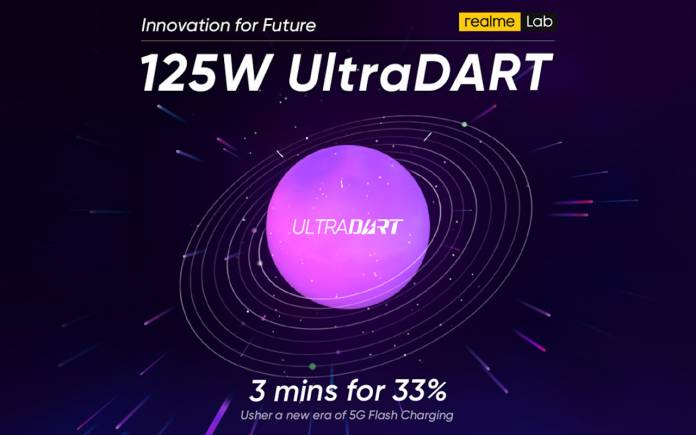 A few months back in July, Realme introduced the Realme 125W UltraDART technology. It was described with safety at the forefront. The fast charging technology is almost ready but it has yet to be commercialized. The OEM is said to deliver the technology to the market by next year. Hopefully, a new smartphone that can handle 125W charging may be released. Realme executive Madhav Sheth said that next year, the 125W UltraDart charging will be finally commercialized via a new smartphone.

The new smartphone is said to be ultra-premium flagship and will be part of the Realme GT series. The last Realme GT phone we featured was the Realme GT Neo2 rolling out in China last month. More phones will be released with more advanced features and specs.

The next-gen Realme GT ultra-premium flagship is now highly anticipated. Charging will be really fast with the 125W UltraDART tech. A 4000mAh battery could be charged and reached 33% capacity within three minutes only. It can also be charged with a number of charging protocols like 36W Quick charge, 65W PD, and 125W PPS.

Not much has been said about the upcoming phone with 125W UltraDart charging support. We’re also not sure if it will carry a 4000mAh battery but we’re crossing out fingers it will be larger since it is “ultra premium”. We’re hoping too it will run on Snapdragon 888 or maybe even Snapdragon 898. We’ll see.