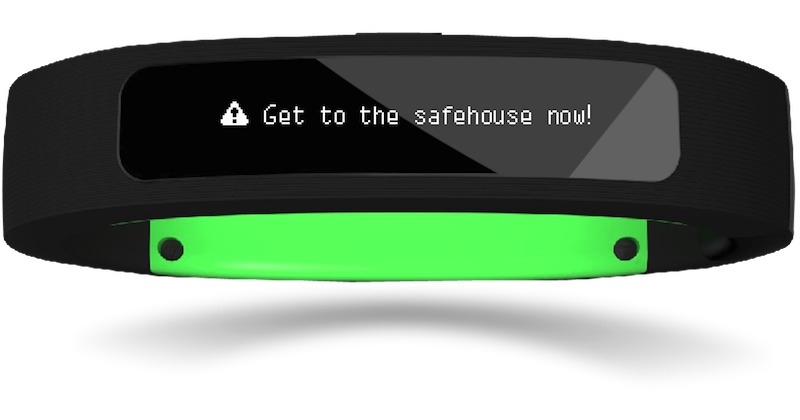 I’m sure you’re wondering why there’s another Nabu from Razer when we haven’t really seen the fitness wearable band that was introduced last year. Nope, you didn’t miss it and this one is not a new model but the same one that was promised last year. Unfortunately, the device was delayed again and again but looks like it’s coming really soon.

The Razer Nabu page now lists an October availability and a $99 price tag. There’s still no pre-order page but you are free to sign up for notifications. Pre-order will start on September 15.

This Razer Nabu smartband is another wearable device that allows you to live smarter. It has been redesigned a bit to allow a “more intuitive user experience”. So this one is like a zombie–coming back from the dead. The Razer Nabu is alive once again with some changes on the companion app, specs, features, and technology in use.

Razer’s Limited Edition PAX Nabu X units were shown off at the PAX Prime in Seattle over the weekened. About 2,000 smartbands were given to the gamers who attended the expo. So what’s the Razer Nabu again? This wearable device is described by Razer as the “ultimate survival tool” because it keeps you notified of important schedules and reminders, get fit with the tracking abilities made possible by the algorithms and accelerometer, track sleeping patterns, and get connected to other Nabu band users.

The Nabu band works with both iOS and Android devices. It’s splashproof and can last up to six days, thanks to its Lithium-polymer battery. There’s an OLED 12 x 16 single color screen, 3-axis accelerometer, and a Cylindrical vibration motor. Of course, there’s Bluetooth connectivity that pairs the band with another compatible device via Bluetooth Low Energy.