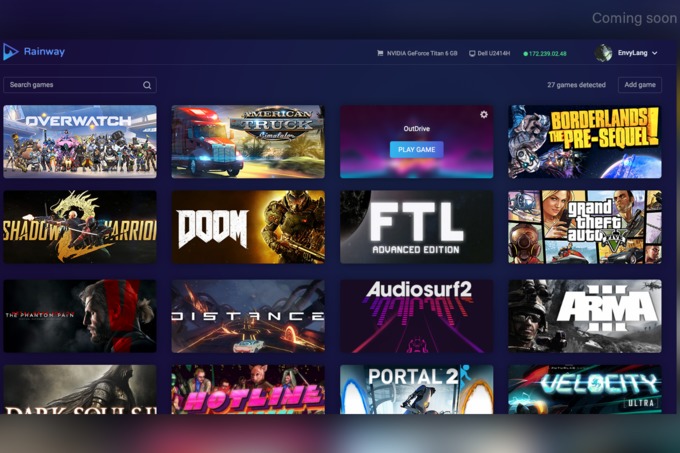 Why do game streaming services keep popping up, promising to allow users to play their console and PC games on a mobile device? Well, we can think of two reasons – first being that serious gamers love the quality (visual and gameplay) of console and PC games that mobile games just can’t provide. Secondly, no single game streaming service – console or PC to mobile – has sufficiently captured this market, because none of the ones available have made good on their initial promises. The market is ripe for a startup to make a name for itself – which is what this new service called “Rainway” wants to do.

As always, it starts with a trailer, and we’ve linked Rainway’s trailer video below for you to view. The promise is similar and familiar already like the ones we’ve heard before, and it is ambitious – Rainway promises to stream games from your gaming PC or console to any smart device with very little input lag and latency. We will have to see that to believe it.

As always, this service will most probably require a broadband connection to work. If your device has browser support, Rainway will be able to stream games to it. But what about lag and latency? The Rainway promise is a consistent 60fps gameplay – and all gamers know that 60fps is the standard for games being playable. Rainway will attempt to stream popular games like PUBG, Wolfenstein II: The New Colossus, Cuphead and others just as lag-free as playing on a PC.

Strong promises, and we hope that someone like Rainway finally makes good on this relatively young game streaming market. Watch this space.