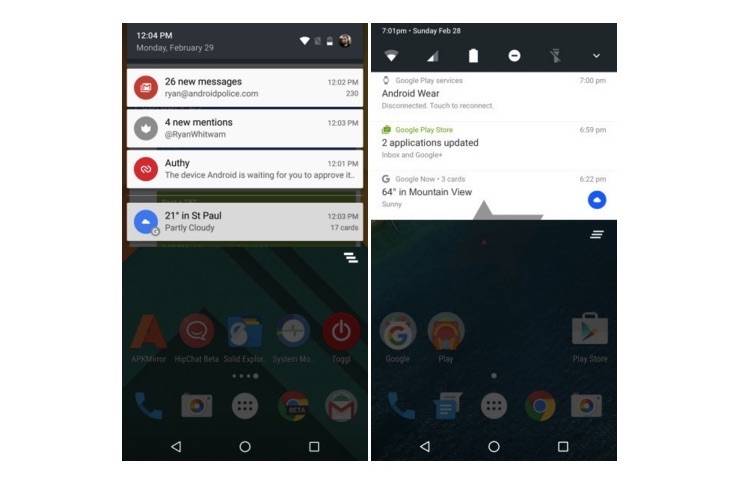 We’re only in the first quarter of the year but man, it’s also about to end. After the busy-ness of the CES and the Mobile World Congress, we can anticipate for more individual launches of those products that did not make it to Barcelona. Some companies actually skipped the MWC this year for fear of entering a tight competition. Ironically, the two giants we first said wouldn’t be going to the MWC– LG and Samsung–turned out to be the biggest attractions at the tech event.

While waiting for new flagship phones from other phone makers like HTC, Huawei, Xiaomi, Lenovo, and Motorola, you might be entertained by early rumors about the next Android N. Yep, we’re very early this year speculating about the next dessert but it seems that Google is already preparing for the new platform. So far, we heard it might have navigation drawer on settings although a mockup of a version sans the app drawer was shown off in a video.

There’s no “official leak” yet but we’re expecting the quick settings and notification shade will show significant changes in this year’s Android N as Google changed them on Lollipop. The Android 6.0 Marshmallow didn’t show much changes on the design and style but new features have been added. We’re hoping the Android N will be more than special this year, not because it might be an Indian delicacy from CEO Pichai’s native country but because the search giant is supposed to innovate things.

Some mockup images of what’s believed to be a redesigned notification and quick settings surfaced online. Analyzing the images, we can say that there are more information included. More quick settings appear to be more accessible than ever while editing tiles might be easier. The settings might also come in a new paginated style according to Android Police.

Please note that these are only mockups and not real screenshots to protect the source. So far, here are some observations:

The information we shared are just speculations, rumors, and leaks so just take all these with a pinch of salt for now.