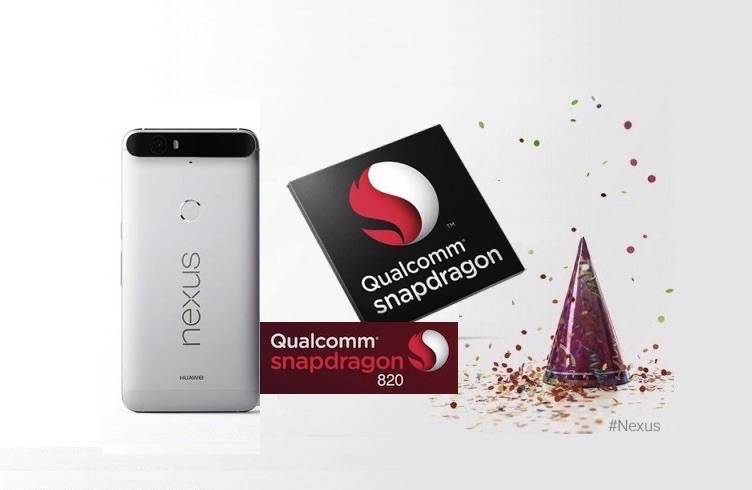 Google came out with two Nexus phones last year–the Nexus 5X and the Nexus 6P. The latter was manufactured by Huawei which is the leading OEM in China today. The tech giant is up-to-date when it comes to releasing software updates and is generous with promos. We have no idea how fast or how many units Google is selling each week but we know not a lot of people are satisfied with their Nexus 6Ps.

We’ve heard of different issues like its being easily bent, spontaneous cracking of glass visor, low volume, or that video playback problem. We know most of them have been fixed already. We’re expecting Google to release new Nexus phones this year including that rumored 7P device from Huawei. It’s either that or Huawei will be releasing a new version of the 6P. A new variant can be expected if we are to believe this Geekbench leak that says a Qualcomm Snapdragon 820-powered Nexus 6P is under developmemt.

A Geekbench sighting usually means the unit is being tested or about to be unveiled. Scores for the purported Google Nexus 6P have been leaked. Both the Single-Core Score and Multi-Core Score somehow tell us how the S820 variant performs.

The Nexus 6P originally runs a Qualcomm Snapdragon 810 chipset but an upgraded version could be announced soon. From S810 to S820, there is a possibility that the Nexus 6P will have better and faster performance. We haven’t heard similar rumors or leak about the Nexus phone. We just know that if true, it’s going to be a very welcome addition. Actually, it shouldn’t be a surprise since variants with different processors are normal.