It’s the moment we’ve all been waiting for. Ever since Qualcomm announced their Snapdragon 600 and 800 processors, we’ve been wanting to get our hands on them. The Snapdragon 600 outperforms anything on the mobile market as we’ve seen with the HTC One and Galaxy S4, but it’s about to get even hotter with their faster, better, more efficient 2.3 GHz quad-core 800 series processor. We have our hands all over their developer kits below.

Thanks to Qualcomm for bringing us out to San Francisco to get a dedicated first-look at these new processors that will be powering our favorite devices. We’re taking a look at a Mobile Development Platform model of both a tablet and a smartphone rocking Qualcomm’s Snapdragon 800 series quad-core chip. And WOW does this thing fly. If you thought the benchmarks of the 600 were impressive, prepared to be blown away. 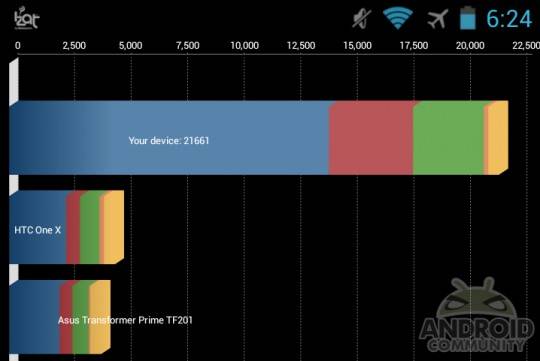 The Qualcomm Snapdragon 800 will be their flagship and top-tier chip for the rest of 2013, and into 2014. And it will be powering an entire host of devices, not just smartphones. Qualcomm claims it will power all “premium mobile and computing devices.” More than just mobile! The 800 will be their first processor on the very efficient, faster, and completely improved 28nm processor fabrication. Much like Cortex-A15 based processors. Qualcomm Snapdragon 800 SoC’s include the new next-gen quad core Krait 400 CPU, Adreno 330 GPU which will make gaming come to life, Hexagon v5 DSP and more. They’ve also integrated their latest 4G LTE Cat 4 modem that will usher in 4G LTE-Advanced. This chip aims to deliver increased system performance, connectivity, battery life, and much more.

For more details on the random and developer only hardware we’re testing, which also isn’t final hardware or software, nor has the regular power constraints of consumer devices, check out our Qualcomm 800 first look coverage. Now enough of that, lets talk about speed. 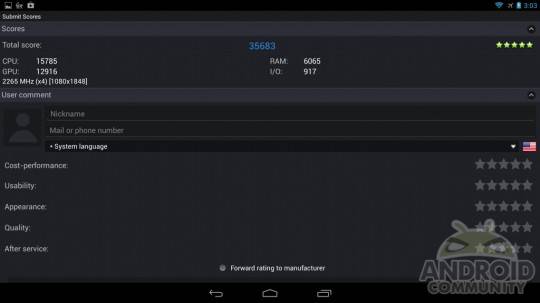 Those results are more than 4 times what we’ve seen with devices just last year running the most powerful dual and even quad-core chips. The Transformer Prime and NVIDIA’s quad-core Tegra 3 is barely on that map. A very important aspect of benchmarks, since they don’t determine performance 100%, is the breakdown in Quadrant. Something like I/O is important for opening apps, multi-tasking, loading the gallery and more. With the Snappy 800 I/O results alone are higher than any other processors results combined. I/O alone is faster the 600 as a whole. Check this out:

These were just tablet results, which were done on an 11.6-inch 1920 x 1080p full HD display. Add this same chip into a smaller 4.3-inch 720p smartphone and you’ll see even different results. Equally impressive indeed!

Running these same tests on the Snapdragon 800 developer phone we saw similar results across the board. Quadrant topped 21,000 again, with I/O hitting 14,000 and CPU blowing past anything we’ve seen to date. However AnTuTu wasn’t as friendly with the phone, for whatever reason, and we only saw a score of around 25,000.

We were able to get a few minutes with both the smartphone and tablet, but obviously talking about them like normal devices doesn’t do us much good. So what should you, the reader take away from all of this? The Qualcomm Snapdragon 800 series quad-core processor (rumored for multiple devices in Q3 of this year) will usher in faster and more efficient smartphones than we’ve ever used. One’s that will also be extremely powerful, yet sip battery life. Then when you do use them to their full extend, using Quick Charge 2.0 (by Qualcomm) you’ll get powered up faster than ever before.

The developer kits should become available to public developers soon enough, and we’ll be sure to update when we know more. Stay tuned as we dig through the treasure trove of numbers and performance results we’ve just witnessed.