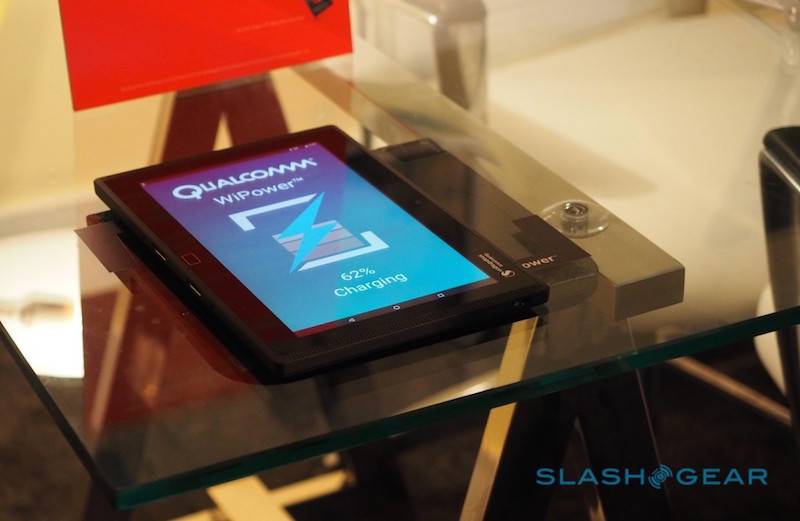 Aside from the Snapdragon 820 processor, Qualcomm also introduced an 802.11ad WiGig dock. The product is still under development but according to the chipmaker, we could expect this to be ready in time for the CES 2016 event in January. Inside a compact desktop router, there’s a tri-wireless chipset that could very well transform a smartphone into a mini computer and be used as an ordinary desktop.

This WiGig technology may further advance wireless docks within the mobile industry. You see, there seems to be a move to make everything wireless. Cutting the cords of devices makes sense because they can be unruly and are prone to any “noise”. Qualcomm’s next big idea is to easily pair a mobile device to a keyboard, mouse, and display simply by putting it in a special docking station. The latter will then beam the content to a display (up to 4K) sans the cable.

Qualcomm was able to demonstrate the idea using a Snapdragon 820-powered smartphone. When docked on the station, it can show whatever is on the phone to a bigger display. Wireless charging is slowly being used within the tech industry. As early as now, there are companies who started to integrate wireless charging in their mobile devices.

There are several standards available already and AirFuel Alliance is set to gather other wireless charging tech like the Qi from Wireless Power Consortium, uBeam, Samsung’s Fast Charging, and of course, Qualcomm’s very own Quick Charging tech. Recently, the Airfuel Alliance announced the joining forces of A4WP and PMA. With all these developments, wireless charging could quickly be a very important component of any mobile device or gadget. We know that is always bound to happen but the launch of the Snapdragon 820 will fastrack the process. We’ll see.