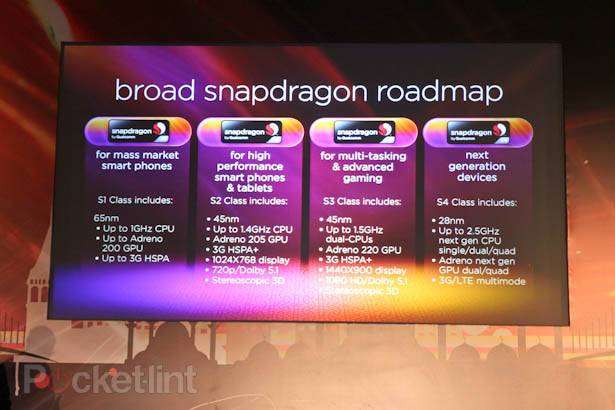 Everyone had to know that NVIDIA wasn’t the only one preparing quad-core processors for the mobile markets. We have seen a few reports from Qualcomm in the past and even reported on the next-gen quad-cores from Qualcomm back in August. With most chipset makers Qualcomm included behind NVIDIA with the dual-cores we’ve been wondering how the next step would look.

S4 class shown above will be their highest offering for mobile, built on a smaller more efficient 28nm processor fabrication they should consume less power while being extremely powerful. The single/dual/quad stands for number of cores in the processor and while we aren’t expecting 2.5 Ghz quad-cores we can expect a few single-core chips to boast those impressive speeds. 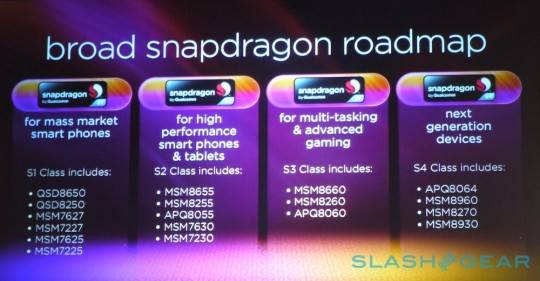 Obviously they have many more features but the key ingredients are quad-core, 2.5 Ghz, 3D, 1080p, LTE and more. Previous rumors had mentioned we wouldn’t be seeing quad-cores from Qualcomm til late 2012 but according to new details they could be shown off early 2012 in February at Mobile World Congress. Manufacturers should start receiving these new chips at the end of the year and some impressive devices will surely follow.