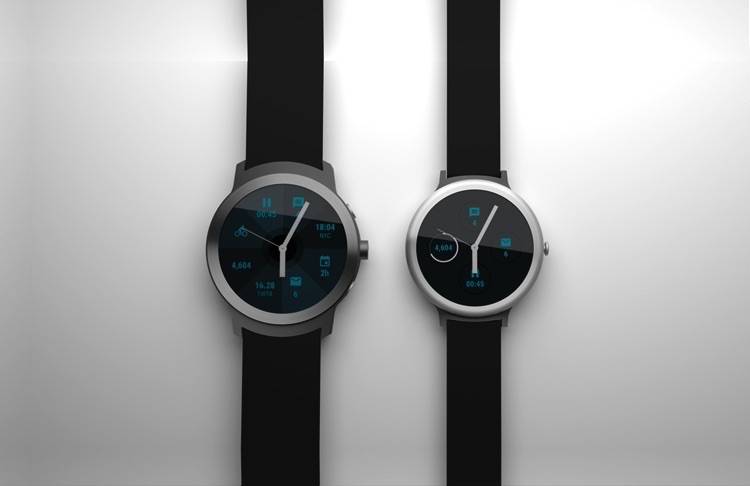 Google is believed to be working on two wearables known this early as the Swordfish and Angelfish. From sweet desserts, Google seems to moving to an underwater theme, at least, for the Nexus line. We’ve already mentioned the Marlin and the Sailfish and now the other two are believed to be the next Android Wear watches.

They’re not just any other smartwatch but they could be Nexus Android Wear devices. We’re curious to know who will be Google’s partner or partners for this series. If not Nexus smartwatches, they could just be compatible with the new HTC Nexus phones. Google is said to be prototyping the smartwatches. That doesn’t mean they’re final and official–it only means they’re working on something which may or may not be ready for public use.

The images you see here are simply renders because according to Android Police, they can’t share the source but the image you see below is close enough to the “real” source.

What you see here are the Angelfish and the Swordfish. The bigger one is the Angelfish which features three buttons on the side. It looks more sporty and seems to be the more premium model compared to other simpler and smaller smartwatch–thicker and chunkier too as noted by Android Police.

The device on the right is the Swordfish. It appears to have a cleaner and smoother design and interface. It’s smaller so we’re also assuming it will be lighter and thinner and probably compatible with MODE snap-and-swap bands. This one appears to have a slightly curved edge round display compared to the flat round screen of the Angelfish. It’s really just a smaller watch which means a smaller display for all those icons too.

No doubt Google is working on new wearables but we’re excited to know if they will be the first Nexus Android Wear smartwatches. We’ll see.