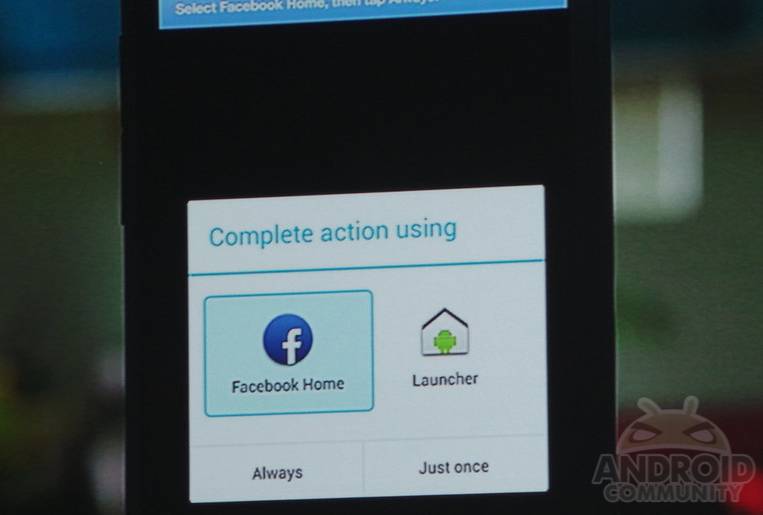 Yesterday Facebook and HTC finally announced their joint venture into another Facebook Phone, although this time it truly is more of a Facebook Phone than the previous failures. We’ve been seeing mixed feelings and reports on the entire idea, and it’s safe to say we have our own doubts. However, there is one awesome fact about the HTC first. It runs stock Android 4.1.2 Jelly Bean under the Facebook Home launcher.

In the end Facebook Home is only a launcher! If there is one thing we and many others will really like about the HTC first is the hardware and build quality. HTC is no stranger to building some durable and fancy phones. Myself, it’s the software that ruins it for me. I have a confession or two to make. I’m not the biggest fan of HTC Sense, even the new Sense on the HTC One. I’m also not much of a Facebook user. Twitter and Google+ are my go-to social sites.

In the world of Android smartphones I know there’s hundreds of you readers (myself included) that have always wished manufacturers would offer their custom skins as an option. Don’t like Samsung’s TouchWiz? Disable it! Sense UI isn’t your cup of tea? Just go back to stock Android. This is something many wish we had in this day and age, but sadly it isn’t an option – usually. That being said, the HTC first is HTC’s first stock Android 4.1 Jelly Bean phone. All it takes is a quick tap in the settings menu.

We haven’t seen this mentioned much, so figured a PSA was in order. You can completely remove Facebook Home in seconds just by heading into settings and disabling it on the HTC first. What lays underneath? Stock Android 4.1 Jelly Bean in all its glory. For those looking for a vanilla Google experience on a pretty excellent mid-range phone. The HTC first for $99 might be a good move. It has Qualcomm’s absolute latest 400 series dual-core processor, a 720p HD display, 4G LTE, and if you’d like to get social you can. 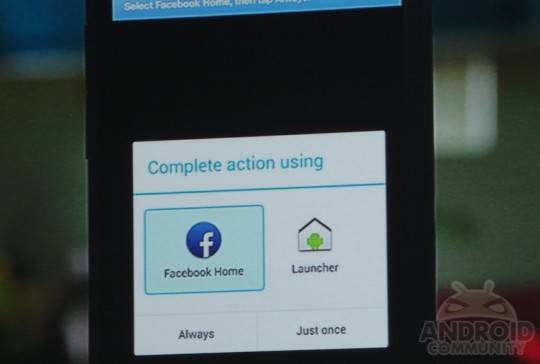 What this means is come April 12th for just $99 you can get a pretty impressive HTC smartphone with completely stock Android 4.1 Jelly Bean. This is as close as we’ll get to the HTC Nexus One for now folks. Check out the full specs on the device below, then let us know in the comments if this changes your mind about buying one. While we’re here I’ll say it one more time. Google, please make the HTC Nexus 5.