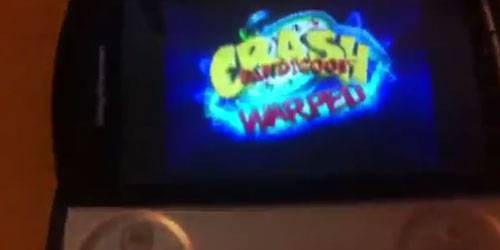 If you are an owner of the Sony Xperia Play smartphones with the PlayStation emulator onboard you will like this. A geek over on XDA has reverse engineered the PS1 game emulator on the smartphone to play custom game ISOs. The developer behind the hack for the phone is user yifanlu. The person managed to get Crash Bandicoot 3 up and running on the Xperia Play as you can see in the video below.

Apparently, the hack is just about 100% functional. The only thing that doesn’t work is the instruction manual and multi-disc games. I never read the instructions anyway so that isn’t a huge loss for most of us. The work isn’t done yet though, yifanlu still has some stuff to work on.

The hacker notes that there still needs to by a GUI written to convert ISO to APK. The time frame expected for that feat is a day. This is good news for fans of old-school gaming that want to play PS1 titles on the smartphone. The unlock and hacked bootloader for this phone should be landing soon.