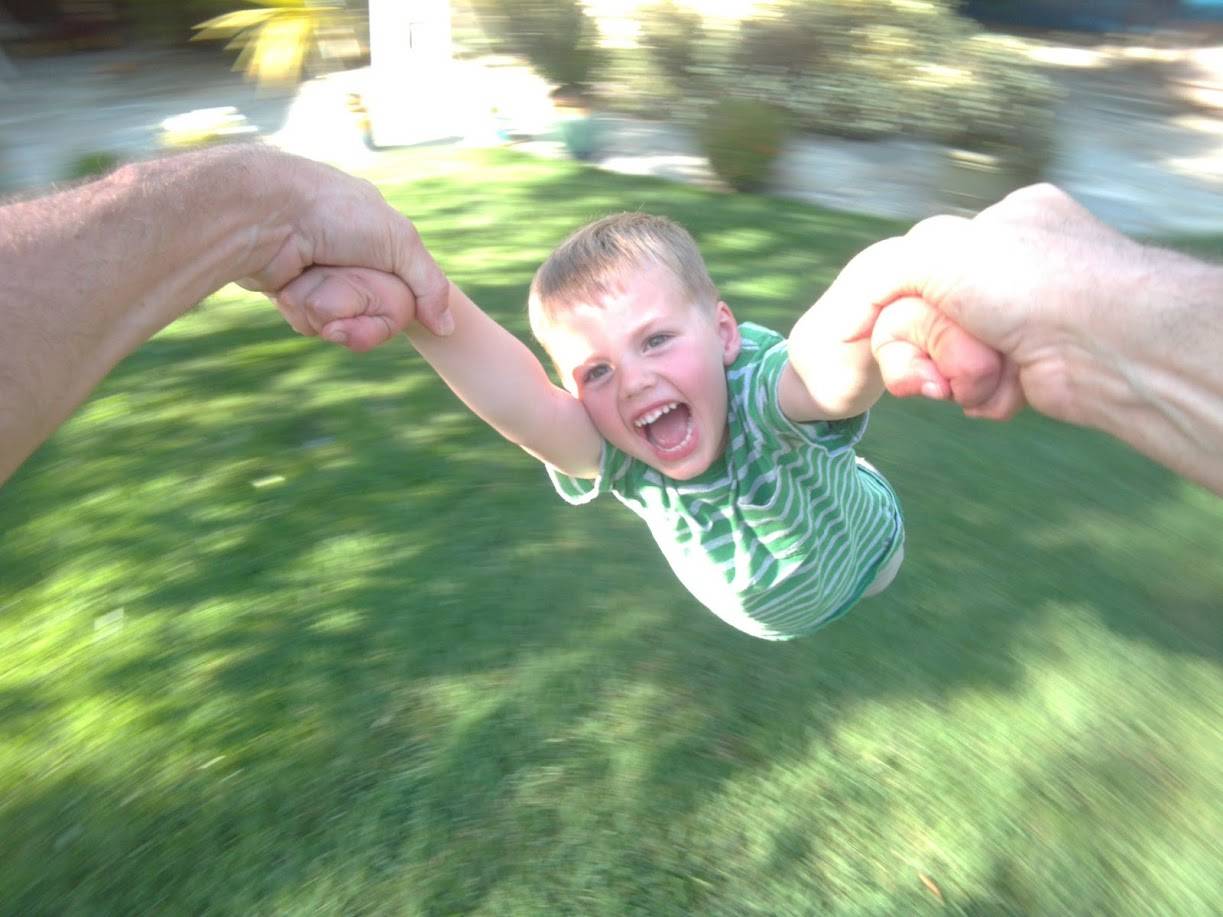 Charlie Rose has many sterling qualities, but the ability to hurl him around oneself like a sack of potatoes is not one of them. That’s why this Project Glass sample photo from Google Fellow Sebastian Thrun is more interesting than the one he took live on the news show, because it illustrates the utility behind a camera that’s truly hands-free. You couldn’t snap this one with your smartphone unless you were okay with your son flying off in a literal example of a mathematical tangent.

Thrun is a former professor at Stanford and Carnegie Melon, and currently the head of Google X, the top-secret team behind such efforts as Street View, Google’s self-driving car program and now Project Glass. Google’s nowhere near a public release of Project Glass, but they’re confident enough in its concept that they’re letting senior employees test it outside the office. Google co-founder Sergey Brin showed off a pair at a conference last month.

Google’s augmented reality push is still very much in the design phase, though it’s been in the works for at least a year. The company has not made any statements about when or even how it intends to bring its heads-up display glasses to market, or what it intends to do with them when and if it does. Their high-profile reveal last month has inspired speculation, parody and no small amount of conceptualizing, but all we really want to do is try them out for ourselves.