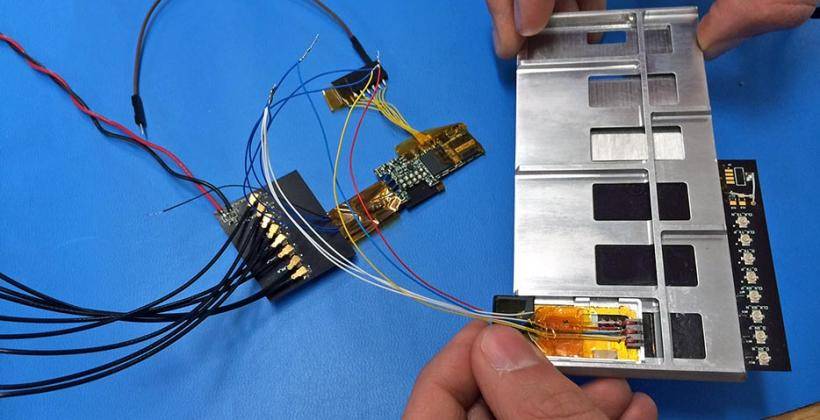 If you aren’t yet entirely convinced that Google’s Project Ara is still alive and kicking, then the recent round of press materials should hopefully change your mind. After getting a video tour of the places and people behind the scenes, the public is now getting treated to a few still images of the modules currently being developed.

The dream of modular smartphones is definitely not new but the combination of timing, today’s technology, and an increasingly mobile world might just be enough to turn this dream not only into a reality but also into a business.

It all starts with the endoskeleton, an aluminum frame that will hold the smartphone modules, 8 at the back for various things like battery, data storage, sensors, etc. and two at the front for displays and buttons. In Google’s business plan, it will be selling these endoskeletons as the only Google-branded part of the device. As mentioned before, modules will be kept in place using electro-permanent magnets.

And when it comes to modules, the sky’s the limit, almost. These can range from the truly essentials one to the more eccentric or niche options. Sensor-laded smartphones will have nothing on a Project Ara device, which can don any sensor as needed, and swap them with other parts along the way. Below, you can see some examples, including an infrared camera that can be used for thermal-based photography, a model of a thermal imaging lens with an enclosure, and a prototype of a pulse oximeter for measuring blood oxygen levels.

But while Google has the technology and resource to make Project Ara happen, the greatest challenge for the company will be turning it into a sustainable commercial product. For that, it will need not only a crowd of interested buyers but also hardware makers that will be making Ara modules. There might be no market yet to convince bigger players, but as much 3,328 companies have registered for the developer conference this month, signifying their interest in being a part of what could be the next smartphone revolution.