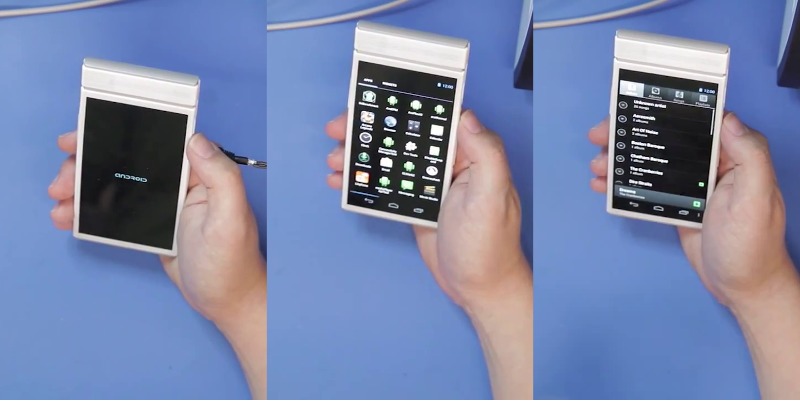 When Phonebloks revealed its vision last year, people swooned at the dream but they stopped at just that: a dream. A pipe dream even. But now, more than 12 months later, with Google also at the helm, that dream is almost a reality. Phonebloks went to Boston to visit NK Labs, the guys designing Google’s Project Ara, to see how things are coming along with the prototype . And guess what? It works!

It’s far from done, of course, but this is the first functional prototype of Project Ara seen in a form that closely resembles the vision that the likes of Phonebloks and Motorola, now Google, ATAP had for the modular smartphone. You plug in modules, functional components, as needed. For the first prototype, the modules consist of the LED display module, battery, application processor, loudspeakers, and a USB charging port. And voila! You get the first public demonstration of a Project Ara device booting up, caught on video!

Impressive and exciting as that may seem, there’s still a bit of work to be done. In particular, in Spiral 1, the first iteration of the platform, there isn’t much space left around for developers as the base modules occupy about 50 percent of the area. The much awaited Spiral 2 prototype solves that problem and gives developers much more room to play in and offer functionality to users. That prototype will be shown to the public for the first time at the second Project Ara Developer Conference next year.

Dubbed DevCon2, the conference will be held on 14th of January. More than just an update from Google’s side of things, it will also showcase progress made on third-party modules for the device. A big and healthy ecosystem of such modules is necessary for Project Ara to truly take off. And perhaps more interesting to end users, Google plans on using the conference to reveal its 2015 market pilot for Project Ara, hinting that the first truly modular commercial smartphone might be in consumers’ hands next year.